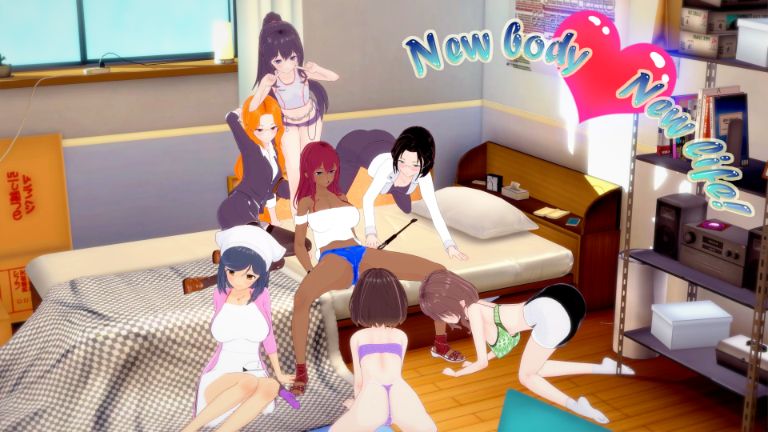 NBNL will follow the adventures of a nameless man inside the body of Nicole Miller, a hooker without aspirations beside having sex with many guys. Now you are in control of Nicole’s life and our nameless protagonist will have to face the bad decisions that Nicole made in her life and try to change it for the better.​

v0.2
Around 30 new events
New gameplay elements
5 new sex scenes (proper sex there are a lot of nudes besides)
Some improvements to the game interface.
Improvements to the dialogue in the last versions (Thanks to Prince of Parthia)
A Linux version (If something is wrong let us now!)

Version 0.3
– New main menu screen, the basic renpy screen was functional, but boring, that’s why we made our own, although it is likely to be improved in the future.
– 23 new events.
– Bug fixes
– We lower the threshold to get certain events or dialogue options specially Alisa’s sex scene.

Version 0.4
-20 new eventes 5 of those are sex scenes
– Fixed lot of typos and grammar errors (most of them were during the intro)
– Compressed the game, version 0.3 and 0.4 weight almost the same
-Fixed OCR 4 event (didn’t apper)
– Changed the appearance of one of the teachers (the unnamed one)

Version 0.5
– 22 New scenes, 4 of those are sex scenes
– New UI, mostly for character relationship panel
– All the named characters appear in game now (some of them in the background)

V 0.2
– Open world now is open! The game now has time of the day (morning, afternoon) and the days of the week are relevant for some events
– 2 new sex scenes
– 16 main events
– 6 locations open to explore, 3 of them with random events.
– Big changes in the user interface

V0.3
-14 new regular events
-2 sex events, 1 of them with 2 forms
-Character notes screen
-Rank up feedback and new rank for intellectual recognition and fitness
-Now the magnifying glasses appear correctly in all locations marking that there are main events in the area.
-Changes in relationship score with characters