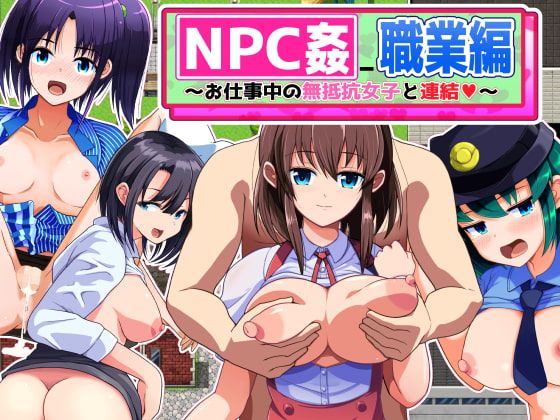 NPC Sex Fucking girls at work APK Android Port – Main character is a virgin college student who does not go well in job hunting.
One day, he get a strange AV and play it.
Then, by the power of God, He was
sent to a foreign world where no one was surprised even if I was naked !

In this world, everyone only speaks the same words.
No matter what he do, they don’t even resist.
It’s just like a game NPC …
The protagonist explodes
his sexual desire to the woman (NPC) who is working right now

There are no battles, items, or events.
Basically, it’s a game where you just walk around the map and talk to the characters.

It is a content that have sex with all the girls working in the neighborhood.
A simple RPG that can have sex with girls immediately.

■ Characters that can be naughty ■


We disable comments to the public due to high volume of traffic and spam comments, Commenting is only available for VIP members.
0 0 votes
Total Game Rating
Subscribe
Please login to comment
1 Comment
Newest
Oldest Most Voted
Inline Feedbacks
View all comments