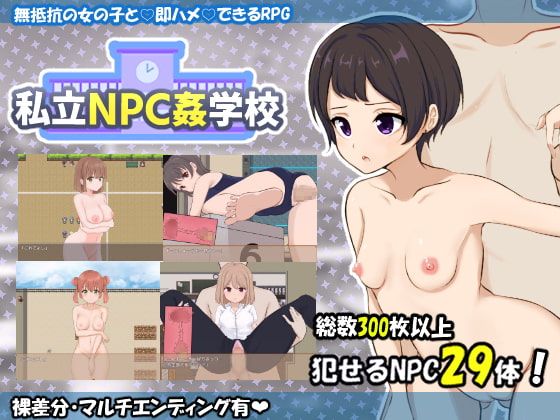 All you can have sex with the girls in the school! The dream NPC school is here!

This school legend.
A couple that was formed under the big tree in the school it is possible to get eternal happiness.
Hero who confess to her under that tree was accepted by the girl ..
Now go … to build a happy memories with these two people.
This was supposed to happen.
Suddenly she just repeats the same line.
No matter what you say, the reaction doesn’t change.
And it wasn’t just her, all the people in school had the same response.
What actions hero who was trapped in such a world without knowing it and was supposed to get eternal happiness will make?