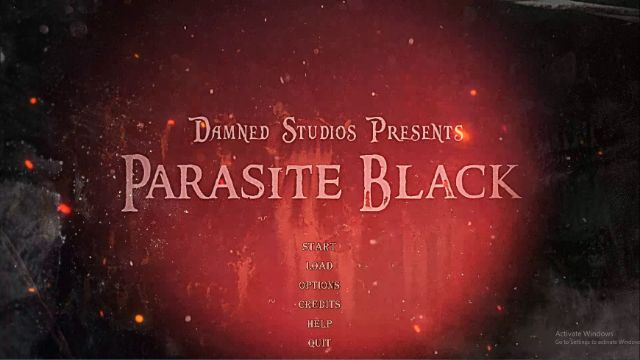 A mature, dark fantasy adult sandbox game set in Mirnos, a world under the fierce onslaught of a dangerous, bizarre race known as the Demorai. Born into the Kingdom of Alderay, you’re sent on a suicide mission that should have cost you your life. Instead, you’ve been blessed with a second chance… Or rather cursed. But with your newfound “gift”, you may just be able to turn the tides of war and save the realm from the clutches of the Demorai!

Features:
Thoroughly developed lore of a large, dark fantasy world open to exploration.
An ample choice of classic and unique fantasy characters to romance or join you on your adventures.
Unique turn-based combat system.
Plenty of adult content to spice up your adventures!

As of v0.131 Old saves are unlikely to work due to the amount of UI and coding changes as part of the first revamp.

v0.137
Engine: – Fix to android (.apk) builds. They now work. Again.
Content: – New Nijah character sprite. – A new quest revolving around Nijah (Damzel in Diztrezz) that you can begin if you visit pleasure district after completing From Another World. Might want to daily-revisit ~twice or so for the event to fire.
Note: this is a first not-quite-linear quest we’ve got. Bring feedback if anything borks up.
– The Black Diamond location. Currently only visited temporarily for the duration of Damzel in Diztrezz quest, will be re-visitable once the quest is finalized & missing assets acquired.
– Three new enemy types: a bandit, a thug, a guard. Currently only used within Damzel in Diztrezz quest.
– Nijah house & some coding scaffolding for her TBA lewd content that is unlocked post ^ quest.
– Applied a quick & dirty visual tweak to sewers battle map.
We’ll most likely change it further down the line. Till then, boosted brightness/contrast should do.
– Added a country-ish street battle map, currently used in Damzel in Diztrezz quest.
– Markus added as a character that you can speak to in his house. Not much there for now, just a consistency’s sake.
– Added a small cozy system playing a random sound from an SFX library. Currently only used for door creaks around the city.
Will come full force when we get to combat sounds. – Added more ‘glowing lights’ VFX to locations. Think we’ve covered all of them.
Interface:
– You can now select an enemy in party battle instead of hovering about. Will come in play when there’s need to hover over their status effects for tooltips.
– You can toggle narrative auto-forward in the options menu. This Ancient Technology was scrapped along with the original Renpy UI months back, but it was never forgotten.
– Small tweaks to misaligned text on some ui-s.
– Fancied up interactables’ buttons all over the place. (The circles with icons in) Gameplay tweaks:
– Made it so that the player can’t hunt demorai at daytime anymore.
– You cannot rest when the narrative screen is shown anymore.
– As per feedback, changed sewer quest (High Fashion) to only be trigger-able after completing From Another World.
– As per feedback, fixed Shani’s name dialogue bit so that you can’t annoy her about it indefinitely.

0.134
fixes a major bug causing quests to bug out.

Mechanics:
– potions you can use in battle are now taken from your inventory. you can fill your belt slots yourself, or let the system autofill it.

Quests/Progression:
– as per feedback, fixed mismatched ves dialogue
– disabled (fixed) sleeping during prologue
– high fashion quest now properly triggers on entering the shop for the first time
– added lewds gallery: you can find it around novaras pleasure district
– changed hunt bronze reward to lighten the grind
– reworked arlena questline: arlena’s content was most likely not seen by most of the players due to tricky triggers it had set up & it being untracked. it is split into two complete quests and a repeatable romance stage after you beat those.
– added arlena as an interactable character after her introductory quest is complete
– as part of the above, some writing & narrative was added/changed
– cleaned up redundant notes and added a couple more to the journal

Interface:
– implemented new mouse tooltip instead of an obsolete one we’ve used
– as per feedback, added dialogue history screen, top-right textbubble-like button
– sound values now display in options screen
– added new tooltip to the battle, showing skill descriptions
– “censore violence” option moved to options menu as a toggle
– fixed main character’s house interactables positions
– during reworked arlena qustline, you will sometimes see icons representing permanent outcome. these are meant to warn player to think twice, and should be visually self-explanatory. if this idea takes root, we’ll have more of those placed around when appropriate.

Quality of life changes:
– Added party battle skill numbers, these indicate keys you can press to select a skill
– As per feedback, added an ability to cancel combat skill choice. after choosing a skill, press either esc or right mouse button to cancel skill selection
– Added cheat menu player can toggle on/off in options. a top-right flower-like icon, it allows you to add gold & change corruption levels. in battle, open it to access a “win battle” option. not recommended if it’s your first time playing.

Other:
– Novaras smithy got an ambient SFX loop

To clarify:
This will be the last update before the main revamp update. The combat, UI, navigation, and more, is all going to be overhauled and improved considerably. Some of the art will ALSO be changed in order to reflect a more consistent style moving forward.

v0.127
– Prologue: Pacing stages for Nijah missionary scene with new sound loops –
– Progression: Option to skip prologue suggested only for those who played it. As it is 30 minutes+ of gameplay.
– Act 1: Novaras city map & navigation
– Act 1: Beginning of act1 story, inc. a bunch of mostly-animated characters, ~20k narrative words & 5 lewd scenes.
– Gui: Quick menu gone, a button to enter game menu (upper-right corner of the screen) now present.
– Feature: test-grade inventory system, to be improved.
– Feature: test-grade quest journal system, to be improved.
– Combat: 2 attacks per enemy rule disabled for now, causes bugs, may return once combat is rewritten (next major update).
– Help screen temporary gone: keyboard & mouse bindings are being moved into options screen, as to allow re-binds and to revise unnecessary or additional bindings.
– Improved (or rather changed) android support: the game now displays almost the same on android as it does on PC. this will be revisited later, for now texts will be small.
– Other minor additions/fixes/changes.

Please keep in mind the current build/state of the game is a WIP!

– Save compatibility between updates is a priority that we aim to fix within the next 1-2 updates but is not guaranteed with this build.
– Many of the systems, such as combat are going to be overhauled considerably in the near future.
– And more. We will be casually making bug fixes and updates this months feel free to suggest anything you want.

Furthermore, combat system is being heavily re-written to be more workable in the long run
and inventory system is to be introduced soon, for chapter 1 free roam.

v0.123e
Small hotfix
Hotfix for the moaning sound effects of Regina replaying even after the scene where you peek at her.