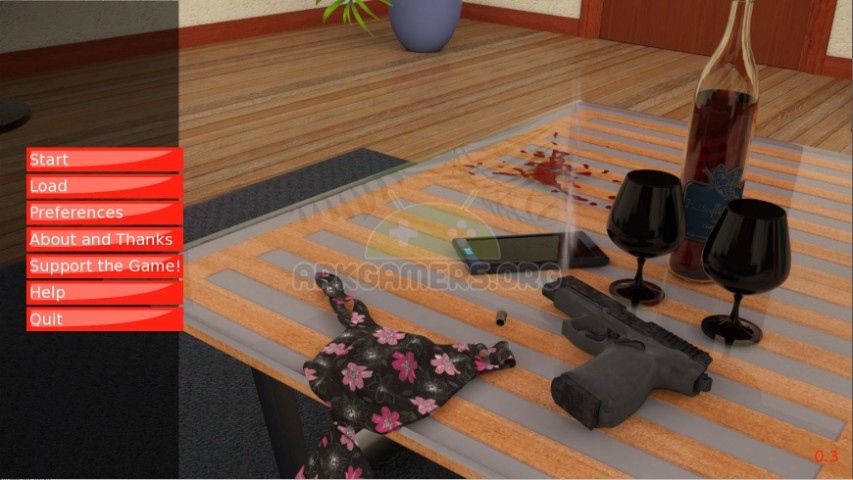 Rise of the Crime Lord APK – The protagonist of the game is Rick. He lives a simple, everyday life, but he has no pleasure in it. His marriage was broken, his boss constantly gets fucked with him, and his family was broken. Then, one day, thanks to unlucky circumstances, he goes into the net of sin and power. Powerful gangsters, cruel murderers, and corrupt policemen target him and his family. To survive, he must become a Crime Lord.​

Other supporting characters or enemies appear in the story, such as Terence’s wife, Rick’s bosses and coworkers, Cora’s best friend, all kinds of criminals, etc.

How is the Rise of the Crime Lord APK different to other similar games?

Basically, the RotCL differs in two ways from the games I played:

I don’t like grinding, so there are no repetitive tasks, no points or anything like that. I think grinding makes the games so boring and I feel unrealistic.
The protagonist of the story, Rick is an adult who has already acquired knowledge and life experience. He will develop in the story through his decisions (the player’s decisions). At first, it may seem that these decisions are running the same way, but over time you will see that they can bring spectacular changes.
As far as sex is concerned, I can tell you that there are many sex in the game. The characters are adult people with active sex life. But this is not the central theme, but it can easily become a central theme for some of the side stories, for example, if Rick slept with someone he shouldn’t have sex with. And this is an important element: we can even dismiss sex.
Another feature of the game is that it is not linear, some sections of the story are played in the past, so decisions made in the past can also influence the present.

Basically the length of the chapters. In the normal version, only the main story is included, while the extended version also includes Untold Stories.

What is Untold Stories?

Side stories, which are only mentioned in the main story. These short stories are about the supporting characters. In the first chapter, for example, Cora and Raven got such a story.

Will I not understand the story with the normal version?

You will fully understand. I writing the main story for the first time, and only after that I write the Untold Stories, based on the main story. In addition, I have already figured out a few Untold Stories, because the plot sketch of the game is ready already, so I had some inspiration.
In the first chapter, there are examples in both cases. Raven’s story is a precedent of a later event, this is what I wrote during the prologue, while I wrote Cora’s story later, after the first chapter’s plot has been completed. At that time, I wondered why Cora kissed her husband, because their marriage is bad. You can see Cora’s reason onto the kiss in Untold Stories, but she will also tell you later in the main story.
So this is the biggest difference: in the expanded version, you can see the events that are only mentioned in the normal version. Without these stories, the main story will not be incomprehensible, only you will know some events later (at the right time), and you’ll know a few characters later.
For example, in the extended version of the first chapter there are two character who don’t appear in the normal version (one of them later appears in the main story), and Cora is much more involved in the extended version, so you can get to know her (thoroughly).

In the Untold Stories are there any decisions that influence the main story?

Absolutely no. However, there will be a decision that may affect the future Untold Stories.

Is there anything else I need to know about these Untold Stories?

It is worth knowing that they are varied both in their content and length. Raven’s story, for example, is short and it’s about a murder. In contrast, Cora’s story has been quite long, divided into two parts. In part one there is conversation, in the part two is sex.

Stop! Is sex just in the Untold Stories?

I divided the chapters into sections. When a section is completed, I’ll publish it. If you’re a Consigliere patron, you can try this “half-finished” version. And – if you want – you can tell your opinion, you can suggest what to change, you can report bugs and translation errors. But it is important to know: this “pre-alpha” version is not the final version . The published sections may change, depending on my own ideas and/or your suggestions.

What can you expect?

v0.9.1 Extended
– Two new optional scenarios with Cora and Daniel. Which one you can reach depends on the relationship between Cora and Daniel.
– 127 new pictures.
– 8 new animations
– Minor improvements and bugfix to previous chapters.

*It is important to note that the extra scenes in the Extended Version are no longer called Untold Stories. Simply because not just one character is given extra scenes, and the length and placement of those extra scenes varies widely. And will continue to do so in the future. However, the extra scenes will still focus on the side characters, but they will not have a title, and there will be many more of them in the chapters.

link is expired
update it

fix now if it gives you a .zip, just rename it as .apk

My Teacher is a Webcam Model v1.0 [Completed]