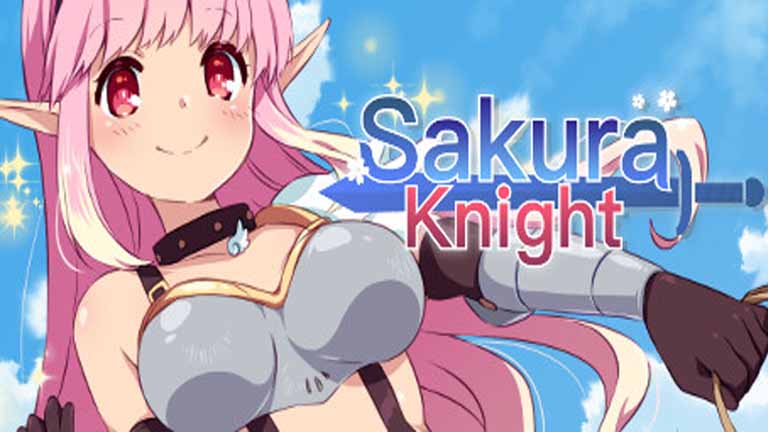 Sakura Knight is a comedic yuri visual novel set in a fantasy world. Adventurous young Estelle dreams of becoming a knight, just like her famous mother, Cressida – but her journey is far more difficult than she ever anticipated!
The land of Lemuria was once in turmoil. Ruled over by the evil demon queen, Gunhild, the people lived every day in fear and strife… until the brave female knight, Cressida, destroyed her.

For the last thirty years, Lemuria has been at peace. Knights like Cressida are no longer needed to protect the masses – but Cressida’s daughter, Estelle, is determined to follow in her mother’s footsteps. Not content to spend the rest of her days in her parents’ bakery, our young heroine vows to take up the sword and go on a fantastic adventure…

But things don’t quite work out that way!

Despite her lofty ambitions, Estelle is sheltered and naïve. Less than a week into her adventure, she’s hoodwinked by a crafty catgirl, and then she has to content with a wildly flirtatious elven princess who keeps making advances on her!

How will Estelle ever manage to make her dream come true?!