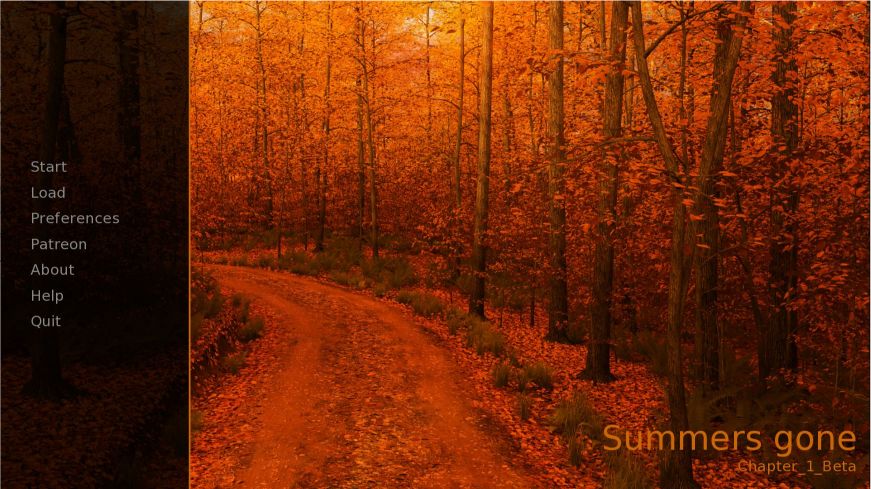 After a traumatic experience, a young spirit tries to find its way back into life. College is about to start and mysteries are about to unfold.​

Chapter 1a:
Quality of life changes. You don’t need to play this update if you already played Chapter 1.
– Some typos fixed.
– Fade in for the main menu music (no more dead ears.)
– Textbox is now hidden when there is only a picture change. (No more blank text boxes).
– Added a default name for the wheelchair girl (Victoria).

Chapter 2 Beta
~ 1230 still renders added.
~ Another 180 renders in some animations
5 videos added.
Gallery with Extra scenes added
Custom Gui added (Work in progress)
Interactive messenger System added.
Chapter 2 does not contain any sex scenes yet! If you’re here for a fap, I advise you to come back later.

Chapter 2 Beta (fixed)
Fixed the “bellaknee”, “bellameet” & “namisextalk” & “Bellasafe” error.
I fixed several typos and grammar errors (Thanks to Lint!)
In the beta release, I forgot to work on one route. This one has been added now. (If you didn’t tell Bella about Mario.)
I added some small sub-routes if you told Bella off.

Chapter 2 Final version:
I fixed over 120 spelling/grammar mistakes thanks to PeeM!
I fixed several coding errors and made sure saves will work in Chapter 3.
Added new unlockable Xtra scenes to the gallery for the following girls:
– 2 new Nami (Total 5)
– 2 new Bella (Total 4)
– Added Nadia Xtra scenes (3)
– Added Maya Xtra scenes (2)
– Added Mila Xtra scenes (3)
– A cinematic intro for Chapter 2 was added. (30 seconds long)
– Background music/noise added to several scenes.
– Over 100 images were overhauled in post-production due to the contrast/saturation error my old monitor had.

Ch.3 – Beta
– ~1800 new still renders added
– ~ 10000 renders in animation frames added.
– Completely new Intro with the reworked Summer model.
– School scene with Summer also reworked.
– Nojiko’s skin got replaced by much more high quality. (Still needs to be replaced in some earlier scenes.)
– Visual tweaks for Nadia, Ayua, Mila, Nami, and Victoria
– The ability to disable/enable trans content is given.
– The textbox is now more transparent.
– Temporary custom main menu (Will be changed again with Chapter 4.)
– New licenses music added. (There is still a lack of music in the game. Several songs are saved and they will be added as soon as I can afford the licenses.
– You no longer have to write on your keyboard to send messages on the phone.


We disable comments to the public due to high volume of traffic and spam comments, Commenting is only available for VIP members.
5 3 votes
Total Game Rating
Subscribe
Please login to comment
7 Comments
Newest
Oldest Most Voted
Inline Feedbacks
View all comments

I just want to be clear, I don’t shit like playing games like this with cheats, I want to make my own choices. I’m just asking you humanly to remove this damn mod… Pleas.

Last edited 23 days ago by GhostRider
0

When this game is updated with Chapter 4

you can check the developer patreon page