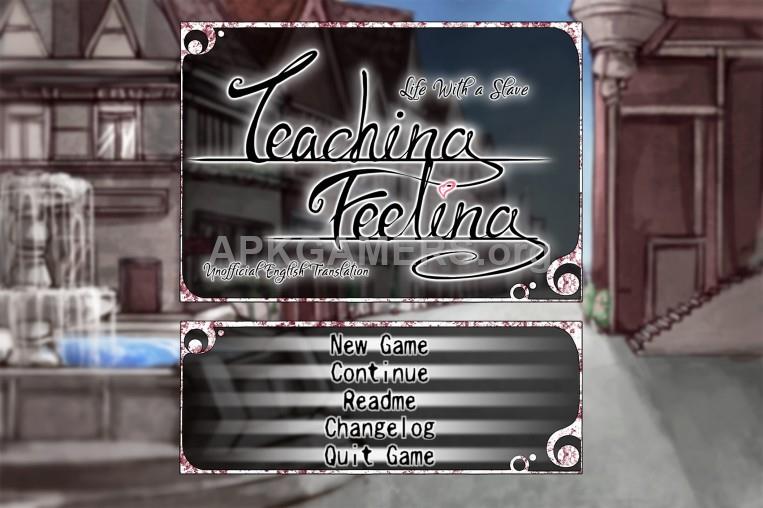 I became the guardian of a slave girl, who had been abused by her last owner. At first glance, when she was already with me, the situation we found ourselves in was strange. She was naturally distrusting, but through communication we became friendly. We made a connection, and we became friends. I bought her new clothes, and she wore them. As time passed, I started to feel something different… and thinking now I think… I have finished up fall in love with her. Life With a Slave -Teaching Feeling- revolves around the daily life of a doctor, who ends up becoming the guardian of a slave girl formerly abused by his last owner. As the game begins, the player is given options to which can determine the personality of doctor, over the days of the game.​

2019/2/01 – ver 2.5 (translated from JAP)
We rewrote the game code drastically to make the update more efficient in the future.
In order to rewrite the flag to the new specification, it takes a little time to load the data saved in the previous ver.
Basically there are no changes in the specifications of the game except for additional elements, but also devised to make screen change quick.
Just because of new specifications, there may be parts that take some time to load in part.

· Change the picture of the command H scene to a dimly-lit tone like a bedroom.
· Added One Piece Difference to H Scene “Outside”.
· Add H Expression Setting
· Added color variation to the hairpins of stars, hearts and clover.
· Implemented seasonal hairpin enclosed as an extra shop.
· Temporarily stop the original costume function.

Bug fixes
· Entering work from a state not wearing nurse clothes Event When entering the H scene the color of the outfit surely becomes white.
· I can not touch my hair inside the room.

NEW INSTRUCTION ON HOW TO START-UP THE GAME:

1.When starting up the app wait for 5-10 seconds until a “menu” shows up on the corner

2.Press it and three options will show up Press the one in the buttom , after that the option will vanish
3.Press the “skip” TWICE waiting 8 seconds in between each press
4. Press the screen and it should roll out the credit sequence

there is a bug on the newer version of the game that causes the game to not respond when loading the a saved game .here is the solution:

Can you checked if this game has an update