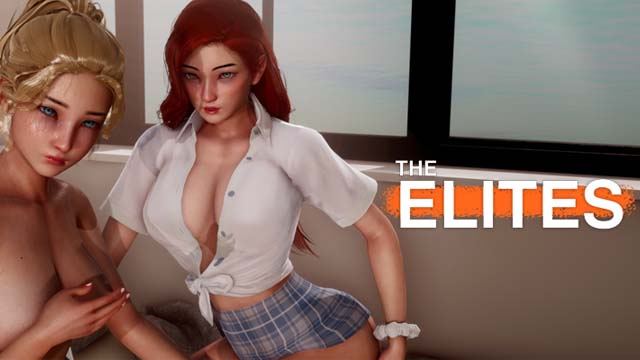 Put yourself in the shoes of Shadowboy, partner of the famous superhero, Shadow Knight.
Disgruntled by your status as a mere sidekick, you push for an entry into the prestigious superhero league,
THE SUPREMES. This is much to your mentor’s dismay, who believes you are not ready to become a full-fledged superhero.

Everything changes when you and your fellow sidekicks encounter a series of mysterious discoveries
– a pretty girl possessed by a demon and a beautiful alien from the cosmos.
Unsure of what to do with these new faces, THE SUPREMES decide to form a new team consisting of their sidekicks,
to act in covert operations.
This team will be called THE ELITES.

Experience the life of both a superhero and a high school student.
Meet and form relationships with a bunch of beautiful girls.
Uncover a myriad of dark and sinister secrets and become the superhero you were always meant to be!​

HELLO
Welcome to my superhero-themed adult visual novel,
THE ELITES.
All the characters and visuals used in this game are created using Honey Select 2 by Illusion and are both fictional and over the legal age of eighteen.

Hello, my dear friends. I am BLAZINGBOB, back with a brand-new visual novel called THE ELITES!
As you may have already known, this is my second shot at developing an adult game, with my first being CLASS OF 2014. Although it was not completed, developing that game taught me many invaluable lessons, all of which I hope to bring to this new project.

I have planned the story for THE ELITES to be in three parts (or seasons), with a slight time jump between them.
I know it’s still a long way to go, but a guy can only dream, right?
Hence, if you enjoy my work and wish to see me tell more exciting and sexy stories,
I humbly ask for your support through Itch.io donations or by Patreon subscription.
THANK YOU SO MUCH!

v0.2 [TESTER]
– Re-worked scene with PLEASURE at the end of Episode One.
– Some minor bug fixes previously brought to my attention.
– First few scenes of Episode Two.

Please note that this is only a preview of version 2.0, and is therefore unfinished. The finished version will release as soon as it’s finished.

Thank you for sticking with me so far, and I hope to see you all again when the complete Version 0.2 comes out!