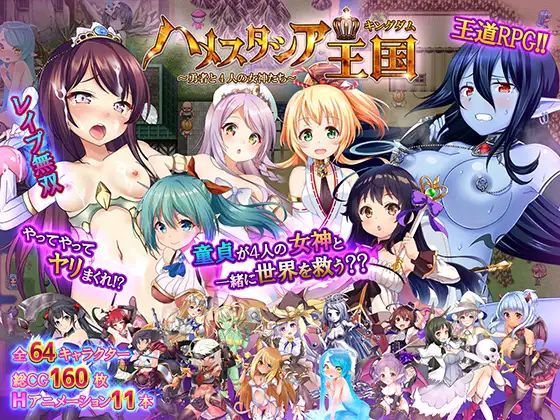 You are the legendary hero accompanied by four goddesses,
setting out to defeat the mastermind “The Witch Queen”.

Monster girls, female knights, which girls and lewd devils….
You will get to fight with girls of many races in your way
and you can violate them upon winning. Let’s teach them
how sex is great, using your power of the hero.

Will you be able to defeat the mastermind “The Witch Queen”
and liberate the world from women’s domination……?

Vast field, various dungeons, plentiful of quests and systems.
H scenes with voices and motions. Furthermore, there are
H events with your party members, cute goddesses…?
Spectacular RPG with a lot of completion challenges.

Download files for The Hamestacia Kingdom ~Hero and Four Goddesses~