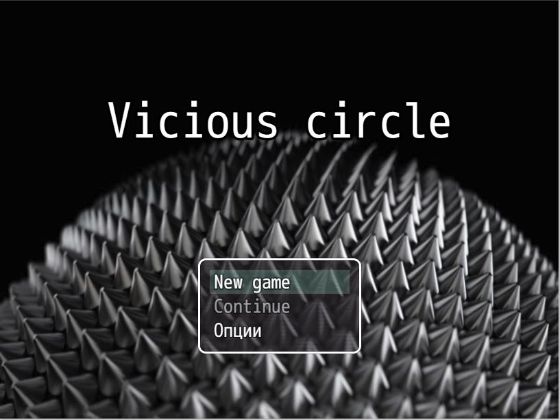 Vicious Circle APK Android Port – You play as a guy who lived all his childhood in an orphanage and now has come to go to university. He will meet many people, most of them women (whoever doubts), and understand who he wants to be in this life. An alpha male who subjugates everyone around and uses women only as a means of enjoyment, or disenfranchised slave who does not have the right to vote and lives only for the sake of his mistress. Choose only for you …​

Changes:
-Meetings with classmates now happen once a week
Mark – on Tuesdays
Alyssia and Tom – on Wednesdays
Petra – on Thursdays
Latisha – on Saturdays

Fixes:
-Fixed a bug when it was impossible to start the punishment scene from the curator
-Fixed bug of getting stuck in front of the bus if you go in front of it
-Fixed error viewing message from Alex on the computer
-Fixed a bug where Alex’s quest did not start on Tuesday. (relevant only for the English version, any save will do before the second break on Tuesday)

v0.2.1:
– added 3 days of plot (ending Friday night)
– added a big secret scene for sub path (for dom in the next version)
– added a calendar of meetings (in the MC room)
Corrections:
– added a plugin that should prevent video freezing

v0.3
– added 3 days of the story (ending on Monday evening)
– added a large secret scene for the dom path (activation is the same as for the sub)
– added the ability to hide the dialog box (RMB or LShift)

Changes:
– redesigned video playback system. Now, if the video freezes, the game will not crash, you will only need to wait for the time that is allotted for playback. Also, because of this change, there will be no more versions for Android and iOS (for more details, see a separate post)
-now if you get to the hospital, it takes not a day, but one hour

v0.4.1
– fixed a bug where a phone conversation with Anna started immediately after the end of the “Meeting with the Headmistress” scene. Now the conversation starts correctly, after 2 pm.

The Agent Who Barely Knows Anything [Episode 1-15] [Addon Ep1]