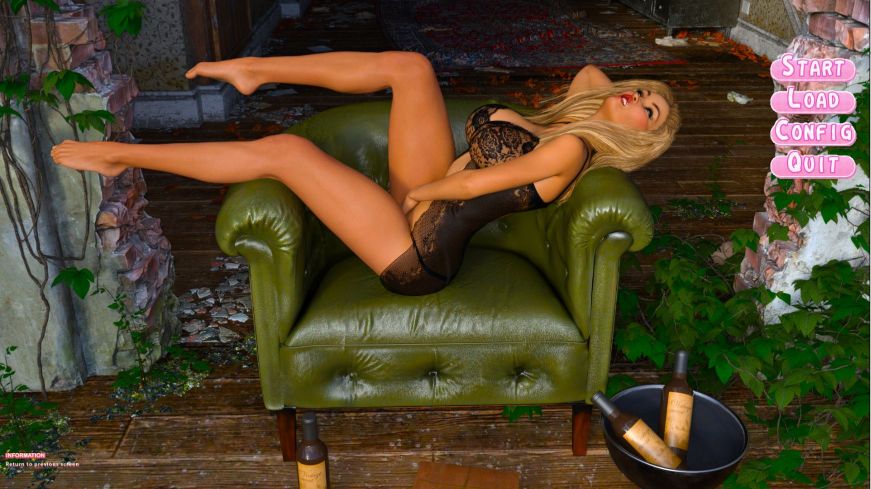 Angelicas Temptation APK Android Port – This VN tells Angelica’s story. She’s a housewife who’s been married ten years to Henry… but their relationship is no longer the same. Henry is working too much and they haven’t had sex for a long time. The main issue with this is that there’s a side of Angelica she’s never revealed to her husband. She has a psychiatric disorder, namely Nymphomania. She’s been struggling with this since she was a teenager, which caused her to experience many things before she was married, things she’s never told Henry about. One of those things is that although she currently has her condition under control, some people have the ability to trigger it, especially Aria and Mark. Aria is Angelica’s best friend. She’s one of the few people who knows about and has witnessed her disorder, the “real” Angelica. As for Mark, he’s Henry’s best friend who’s going through a divorce and “needs” a place to “lay low” for a while. The problem with that, is that Mark also knows about Angelica’s nymphomania. This is where we start the game. Will Angelica succumb to the temptation that both Aria and Mark present? Or will she succumb to her disorder? Her destiny lies in your hands.​

v0.1.7
– 250+ Renders
– 7 Animations
– 12k + Words
– Converted all the images to .webp (That is the reason the file size dropped so much)
– In this update I started to split the routes, and also added choices that can fully close Aria’s love path and Mark’s love path, maybe it is complicated to find it but it’s there, also added the first sex scene with Henry.
– Fixed a bug that was locking Mark’s love path, saves might not work after this bugfix, so I’m sorry for that guys!

v0.2.0 Public
I Split the story into ten paths, some may not look very obvious but most are!
This update brings 800+ new rendered images, which are 500+ still images and 15 animations!
25k+ Words
I also removed an option that was leading from the last update that was leading nowhere.

v0.2.0 Patreon
– I Split the story into ten paths, some may not look very obvious but most are!
– This update brings 1.071 new rendered images, which are 600+ still images and 17 animations!
– 30k+ Words
– I also removed an option that was leading from the last update that was leading nowhere.

v0.3.0 part 2 6/10
So, I’m here to announce the next partial update which will be in the Slutty Friends Route, this is also one of the updates I was looking forward to work on it because Angelica and the girls just want to have fun, and their type of fun always put a smile on my face ;D
A for a release date, I won’t give any, I keep failing it, but what I can say is that I don’t think it’s going to take more time than the last one, hopefully, I can finish it much quicker.
Now the three teasers shown are from the first in-game night of this route, the two sisters going out together to… Well, I won’t give y’all any spoilers.
That’s all for now, but if anything happens I’ll let y’all know, OK?
Thank you all for your support and patience!