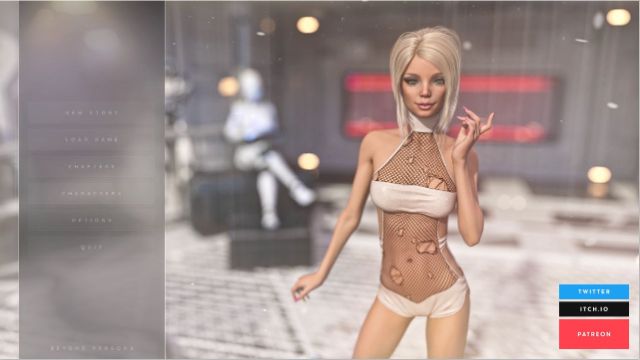 For now, the plot of the game seems simple and “generic” you’re playing as MC (In some cases you might play with another character) and you just moved with some friend of yours that you’ve known from years, but things are not as you though, getting you in some new experiences and finding new things about your new roommate and, why not, about you.​

– Chapter 3 Part One Re-Mastered (As it says, most of the scenes were re-made/re-rendered with updated visuals)

– NEW Sandra Look (A fresh new look for her!)

– Re-Mastered* the Intro MC Scene (including a NEW SCENE which was previously cut, plus animations).

– New Scenes for Chapter 3 and animations.

– More Grammar fixes overall and some other fixes, plus more unused files deleted.

2021-06-03
Chapter 3 Part One
– New Main Menu (Not 100% done but close to it, will still suffer some changes but for now will stay like this)
– ReMastered* the Intro Allexa (Better visuals plus one animation, and Allexa’s STAGE2 look)
– Adjustments to Character Anna / Sonia and Mihaela (Neither one of them were affected that hard by Aya)
– Allexa STAGE 2 (Her new look for STAGE2)
– Characters Showcase (Finally and mostly done, will still suffer some modifications but that’s the final look and how’s going to work in the game)
– Grammar Errors (No explanation needed, available for all content released so far, cause I still caught some, and there’s a friend of mine with who I do it, mostly assisted by me)

Everyone Has Giantess Angel Waifus in Heaven v1.0 [Completed]