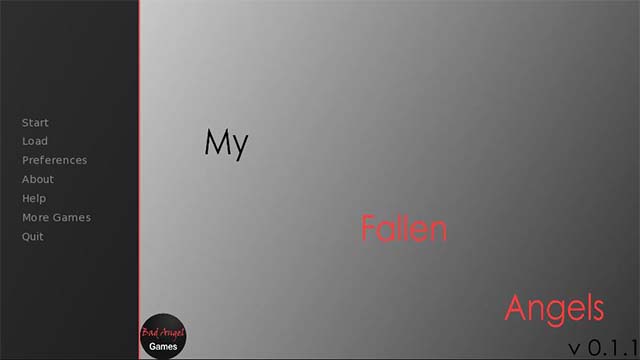 My Fallen Angels APK Android Port – Lead a search & rescue team called the Angels in the middle of a zombie apocalypse. Build relationships with your girls and decide whether to grow their trust to become their lover, or build their submission to become their master. My Fallen Angels is a management sandbox featuring a user-controlled seduction/sex system and 3D rendered scenes. Warning: this game contains graphic violence.​

Note from the Developer: Save files from previous versions are not compatible, BUT, there is an option at the beginning of the game to immediately start at Act 2 .

v0.3.1
New Story Content:
Concluded Act 3, centered on creating a cure for the Fallen and saving your lost wife, Tori

Quality of Life:
Added option to start MFA at the beginning of Act 3 Part 2

NOTE: Previous saves will not be compatible with MFA-0.3.1. HOWEVER, when you start a new game, there is an option to immediately start at the beginning of Act 3 Part 2 and play new content.

Quality of Life:
Added option to start MFA at the beginning of Act 3

Misc:
Minor changes to dialog and renders in existing scenes

While the content in this update may not warrant a full replay of Act 2 (you’re of course welcome to if you’d like), I encourage you take advantage of the “Gallery” Mode in MFA that will let you check out new content without the grind!

Interface / Quality of Life:
Changed in-game references to the infected from “zombies” to “The Fallen”.
Added feature to indicate what items can be expected at scavenging locations.
Removed feature causing scavenging to end when gunshots are fired.

Bugs:
Fixed file naming error causing image not to show when having missionary sex with Michaela in her underwear.
Potential fix for saving/loading, loss-of-save-data, and rollback bugs caused by hitting ‘H’ key to hide dialogue during tutorial.

Quality of Life:
Reduced file size by converting scene images from png to jpg format and compressing with the Cruncher – Game Compactor (Thank you bas and megalol on F95Zone).
Added ability to Talk To girls by clicking their names on the right side of the main base screen.
Added end-of-day report to display results of MC tasks and girls’ assignments during the day.

Developer Notes:
Save files from previous versions are not compatible, BUT, there is an option at the beginning of the game to immediately start at Act 2 or start at Act 3 .