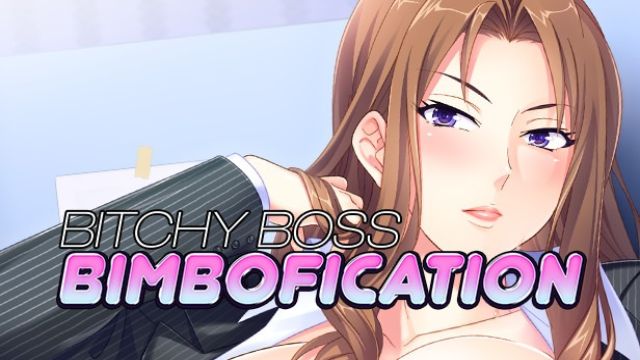 If working the 9-to-5 grind wasn’t soul crushing enough, having a bitchy boss constantly yelling at you sure is! That all changes for our protagonist, who works up the courage to test out a sketchy Hypnosis app on who else, but his sexy boss!

Story
Our protagonist is a typical office worker who is trying his best to power through his boring job despite his bitchy boss’ best efforts to seemingly make each day more excruciating than the last. The only thing he can do to escape this painful routine is spend his money on shady apps he finds on the internet! On a day much like any other, his boss Erika is giving him a lecture about his poor performance. Our protagonist finally tries out his latest purchase, a Hypnosis app, and to his surprise it actually works!

He starts innocently enough, asking Erika why she picks on him so much. After hearing her honest answer, that she just hates him for being an unattractive loser who is a total eye-sore, you bet its time to put this hypnosis app to use by throwing her common sense out the window and warping her mind into the perfect cock-hungry slut to make up for all the misery she caused!

Features
-Translated version of the original Japanese Visual Novel
-Erika is fully voiced with their original Japanese dialogue.
-Original artwork HD upscaled with 16:9 and 4:3 variants.
-Hours of story content.
-Audio including music and special effects.
-Enhanced with character sprite animations.
-Gallery and Scene selections.
-15 twisted sex scenes each more depraved than the last as Erika falls deeper under your control!