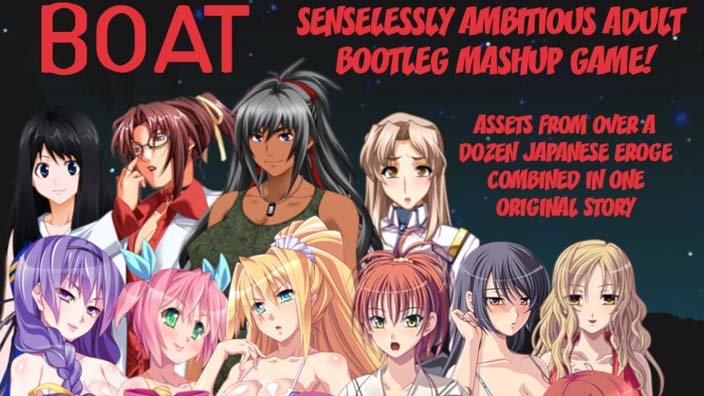 Dom’s a teenage guy going on a senior class boat trip, hoping to hook up with one of the girls in his class, or his teacher, or all of the above. He’s coming off a surprising – some might say implausible – run of success with other girls, and there’s no reason for him to think the streak won’t keep going on this boat trip. Yes, make no mistake, this is going to be quite a boat trip.

Then the boat sinks, and he wakes up on the shore of a mysterious uncharted island next to a girl who only speaks Hawaiian, badly.

Yes, to all of those questions. But most importantly: Why, if the boat sinks right at the start of the game, is the game called “Boat”? To which I can only say that I almost doubled down and called it “The Pier the Senior Class Boat Trip Left From.” But that sounded like the title of a really boring Light Novel.

A Date With Emily [Completed]