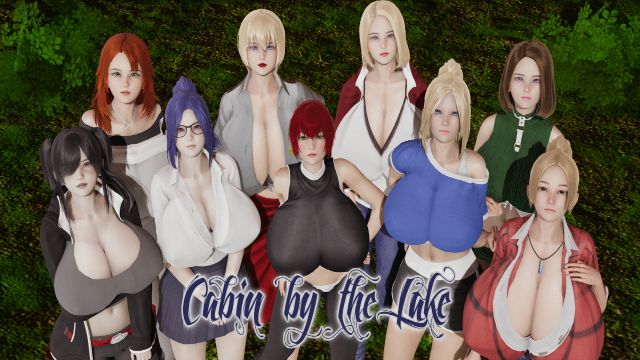 When you were younger you were inseparable from the girls you grew up with, but as time past they moved away and you grew apart.
But now you are coming to a reunion, to reconnect and see how you’ve all changed and grown.
Although it might not go well at first, you find yourself back there again, with the power to change how things went.
What will you shape your relations into? Why is the past changing? And how is the reunion repeating?​

0.08d Socks and Doorknobs
New:
– Added mail unlock cheat
– Added Lisa in the kitchen at noon as her primary scene
– You can ask Lin about poker if your game resulted in you meeting her
– 3 New mails from hypnosis – You can visit the hot tub on Saturday night
– Overhaul of the Achievements
– Complete rework of the progression guide (It now works perfectly and is dramatically more clear)
– New mail from Alex – Surprise Alex visit when you arrive
– Alex can be visited after dinner on friday to try and finish what was started at C4

Changes:
– Made the stat display on the map stream universal for everyone
– Re-enabled the beginning achievement
– You can now choose between calling Haily and going to the lake with Sami on saturday noon

Bug Fixes:
– Fixed some of the guide sections being swapped around
– changed a misspelled variable (hailyHorney > hailyHorny) if you get a problem on this please press ignore
– Sami now only finds panties if you were given panties
– Lina’s end screen no longer says Haily

0.07d Spies and Suckers
New:
– New dream scene (Sami)
– You can trade the photo with Lina
– Haily will now send you a special tool to help your mission on saturday morning (Automatic scene) if you have the right codename
– You can now report in to Haily on saturday, either at night or midnight.
– Haily can now send you your choice of one of two “useful” items on sunday morning if requested (Automatic scene)
– Haily can give you a small quest to do with Alex, this can be handled in the forest interaction
– You can hypnotise Jenny (And anyone else present) at the garden if she has been corrupted
– If you are having trouble using the pocket watch, perhaps Cassidy can help? She likes yoga and energy and stuff?

Changes:
– Special stats now have a unique down icon in the guide instead of having a negative symbol
– Alex now doesn’t reference it being her first “oral adventure” if it is not her first “oral adventure” during the moisturizer scene
– Debug unlocks for corruption levels are now level specific instead of all at once
– Haily’s phone number is now kept permanently after you get it from Carla
– Haily’s C0 Scene can be accessed in more places
– Access to a super double secret scene has been temporarily removed pending testing (Bug issues)

Bug Fixes:
– Several minor variable name errors fixed
– Haily’s love counter no longer shows Lina’s love
– A missing chunk of Haily’s scene is now included in the guide
– Fixed Lin’s leg massage scene not ending immediately when it should
– An issue where it will load your save into a specific scene regardless of where you are was resoved
– A multitude of small guide fixes

0.05c Persistence
New:
– The Guide is now Complete
– Completely new end of run menu
– New scene with Sami (Part of talking with Lin)
– Added a scene with Lin, who knows what she wants and isn’t above bargaining. She still has more to say, but there are two new world corruption points up for grabs
– Two new options when to Talking with Lin (1 Requires visiting her at the lake earlier, Also 1 World Corruption)
– Tiny update to talking with Jenny
– Jenny Predator corruption unlock available (No content)
– Tiny addition to Sami Bedcrawl (1 World Corruption)
– Tiny addition to Alex Forest HJ (After Lin’s addition)

Changes:
– Help section overhaul. Goes into descriptions of how corruption works, the guide and a run down of the various stats the girls have.
– Two corruption points were improperly joined in version 0.02
– Your current day in the guide is now highlighted
– End of run texts have been moved into the new menu and are now permanent unlocks instead of short scenes
– The surprise from last time is now much harder to trigger… but you will probably notice it.
– Made it easier to get Lina’s nerve from Alex’s porn date
– Sami’s bedcrawling is now Jealousy dependent instead of event dependent
– Sitting next to Jenny for the horror movie makes Sami Jealous now

Bug Fixes:
– Fixed a bug that Reset the Titty Monster Achievement every day
– Multiple guide fixes
– Fixed a crash bug where you can’t get a handy from alex in the forest without getting a “kiss” from Lin
– Fixed some of lin’s lines where she talked about the wrong person
– Fixed an Infinte corruption bug when kissing Lin
– Fixed some less than clear guide instructions to do with asking Jenny about prey
– Fixed being unable to get two love with Lisa if Alex was at C2
– Fixed a bug where one of Alex’s photo options was unreachable

0.04c 69 Sub Special
New:
– Added Sami Horror movie to the guide
– Added Jenny Horror movie to the guide
– Added several more minor scenes to the guide (6 Scenes remaining, 3 minor, 3 major)
– Added minor story scene
– Added Hide button to the UI, it’s on everything but it’s for mobile so you can hide the textbox
– Android compatibility
– Minor Journal update to walk through the rest of Alex C2
– Added Alex Moisturizer to the guide
– Dream scene featuring Alex, Haily and several fetishes you’ve been waiting on
– Added debug cheat for revealing the entire guide
– Added debug cheat to show a button that can end the run at any stage (will eventually turn into feature but it’s buggy)
– The Scene Guide now starts (roughly) looking at where you are up too in the weekend
– Added several small/no choice scenes to the guide
– Alex can now give a BJ when you sleep with her

Changes:
– Tiny change to requirements of sunday titty monster scene (2 love instead of corruption 1… which was required anyway)
– Disabled the Item buy menu, it’s just cluttering things up for now
– I wanted to see who reads patch notes so I put a password on the debug cheats, the password is “icanread”
– Slight change to the variables for Alex’s Sleep Date BJ to make it more responsive to other run variables
– Minor layout changes for increased mobile compatibility
– Complete Re-architecture of the underlying systems of the main guide
– Redid the requirements for getting a bj during the moisturizer scene.

Bug Fixes:
– The end run button now only appears if you have the end run button set to appear
– Many undocumented ones
– Fixed several crash bugs in the guide
– Fixed a missing hornyness bypass in alex’s shower scene
– Dozens of minor guide fixes

0.03e Graph Paper
New:
– Added the in game complete guide for most scenes (This one line is like 4 weeks worth of work)
– Added map screen and scene navigator to the guide
– Added a scene where you can give Haily ANY photo you find during the run (Unlocks corruption level 1)
– Jenny’s garden scene has been added to the guide
– Can ask Jenny for a photo for Haily while she is reading
– Can ask Sami for a photo for Haily while she at the lake
– Can ask Alex for a photo for Haily while she at the forest
– Did the first pass luckstone guide for Haily C1
– Alex moisturizer scene, allows for the gain of both Past deeds (C2 replacement for Day 2 Bedroom visit) (Can trigger lina’s watching date)(Increased starting love) and Corruption Level 3
– Alex Forest scene if you soiled Lina the night before
– Alex dream scene (Taking her virginity)
– First half of Alex moisturizer scene
– Alex can send two new pictures at the end of loop (Makes friends with Lina, and Testing breast massaging)

If you are using a save from a previous patreon build, your save’s guide may be broken. Added an unbreak save button at end of cycle to deal with the issue, this will cost you your previous guidebook progress… but the game wont risk crashing anytime you use the guidebook

Changes:
– Alex can now always be touched on saturday night at C1
– Getting Alex to pose topless while taking photos of her now gives corruption
– Slight modification to mentioning haily while asking alex for photos
– Made it so you can still access Sami on sunday if you have haily’s number
– Added actual buttons to close and navigate the guide rather than just click to dismiss
– Guide now keeps track of chosen choices as well as discovered choices
– Added a tiny scene for when corruption levels are unlocked so it’s really clear whats happening
– Dates are no longer mutualy exclusive

0.01a: First Release:
– Allows for a complete run-through of the primary loop.
– Alex has completed Corruption Levels 0 & 1, totaling 8 scenes and about 20k words.
– Includes a guide to Alex C0/1
– Jenny has a complete Corruption Level 0

Oho the king of all big tits nice

Hero of the Demon [Final]