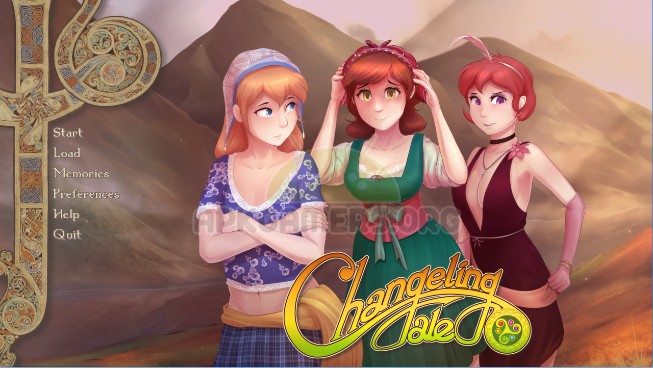 Changeling Tale is the world’s first human to anthro Transformation Themed Visual Novel: an interactive story with musical and graphic elements. It is also a bishoujo-style Eroge, so expect some explicit nudity and sexual content.
Scotland, 1919. The MacLeod sisters have felt the toll of war and are struggling to make ends meet. When their neighbor and childhood friend returns home, his support might just be the blessing they need. But little do they know, he will reveal a secret that will change their lives – literally!
Play as Malcolm, the young Scottish veteran struggling to find peace on the ranch where he grew up. As the lives of Malcolm and those closest to him are turned upside down, your actionsdictate how the story will end!

Version 0.6.5
– Fixed an issue where game would not start
– Fixed pixel overflow on the Muzzle3 frame
– Removed an underlying image from NightKiss frame

Version 0.8.0
– Added the draft build of the first half of Marion’s Chapter 4