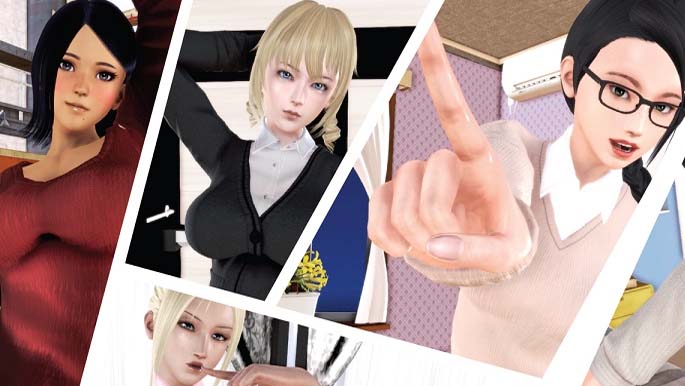 Love Instructor is the story of you, a young man looking to overcome his traumatic bullying during his childhood by reinventing your identity as they goes to your first year in college. Before you can start, you find out your worthless biological father had abandoned you, leaving you in the hands of your former maid named Natasha. However, she is not content with just providing a roof for you, under her care, she’ll help you seduce a variety of girls with the intention of sleeping with all of them, including her. Between her perverted guidance and your unquenchable desire to create your perfect harem, you’ll discover what love really is! At least in your own depraved way.​

v0.1.2 Special Update
Sorry for the long wait guys, finishing up the coding took a lot longer than I thought it would. But the new update is being uploaded as I type this out so let me go over what changed!
After receiving all of the suggestions and reviewing the current content, I decided it would be for the best if this update was a complete overhaul of the game. The new version (0.1.2) now has a completely new story with the same characters. Instead of it being the story of your “maid” training you into creating your own harem, the story will be a more traditional training game. There’s a brand new system where you’ll be earning money to purchase aphrodisiac to use on those you swore vengeance upon, which will unlock special scenes with the character.
Because of this new plot update, the name Love Instructor will be changing to an undecided name in a future update. I’ll be keeping it as Love Instructor as the time being to prevent confusion.
This update was mostly on the new system I made for the game so it won’t have as much story as the very first version. Now that the skeleton of the code has been written, future updates will be much bigger and easier to create. Let me know what you think of the new system!

The Last Man on Earth [Final]