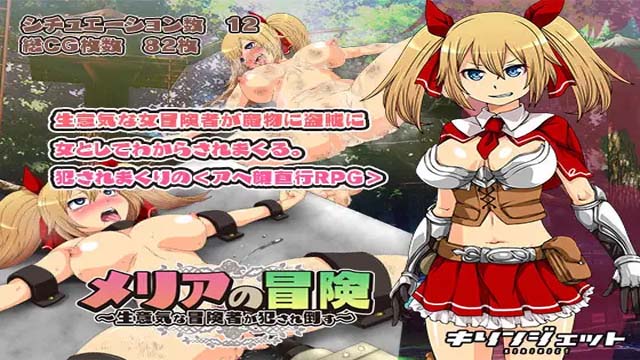 Meria decides to become an adventurer, and takes a job from a certain guild.
She is dispatched to a village to take care of some bandits who have been threatening them.
Whether is monster or bandit, with her brazen personality, she’ll tell them off anyways!
But that might get her into some trouble…
In this RPG, the saucy protagonist gets raped by bandits
and monsters alike until she is brought to an ahegao climax!​

Download files for Meria's Adventure ~Violation of the Feisty Adventurer~

Gargoyles, The beast and the Bitch [Completed]

The Leopard Catgirl in Miaoli v1.0