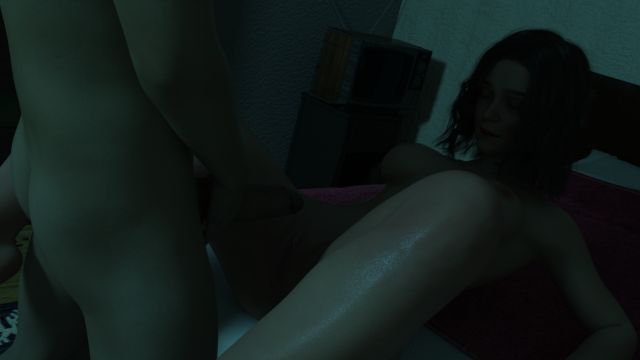 Everyone is used to the fact, that Izuku Midoriya is a typical “true hero” that would do a lot for peaceand safety of others. But what if the story had turned out to be completely different from the very start? In the reality, where there wouldn’t be a hero №1, that gifted him his powers, but a cold, unscrupulous man, that counts on the fact that the main hero can’t simply deny him… What if we had seen a completely different Izuku – not so “ideal” and “pure”, but, at the same time, not a complete bastard that forgot what it means to be a human.​

Changelog v.0.029:
– The plot of the prologue has been changed
– Changed Inko’s model
– Changed Azumi’s model
– Changed Uraraka`s model
– Changed 5 arts in the prologue and added 2 new ones
– Removed 3 animations from Azumi and replaced them with a new one
– Reduced project weight by 150mb
– Added ability to enter the pc in the room
– Chat app in the pc
– Camera app added to the pc
– Added cheats app in the pc
– Cheats to boost stats
– Cell phone added
– Phone app added
– Quests added to the phone app
– App stats added to the phone
– Gallery app added
– Gallery opening cheats
– Added “work in progress” notification
– Credits added
– Credits, instruction on combat system, about and global gallery (will be available in the future) moved to the extra section
– Added system alerts for cheats and in-game events
– Fixed bugs with quests
– Introduced display of quests on the map
– Mistakes in the combat instruction were fixed
– Fixed critical bug with animations(now work faster and without crashing)
– Added sounds to pc applications
– Added more sounds in missions
– Added experience accrual from enemies and ability to pump

Milly and the Forest of Sacrifice [Final]