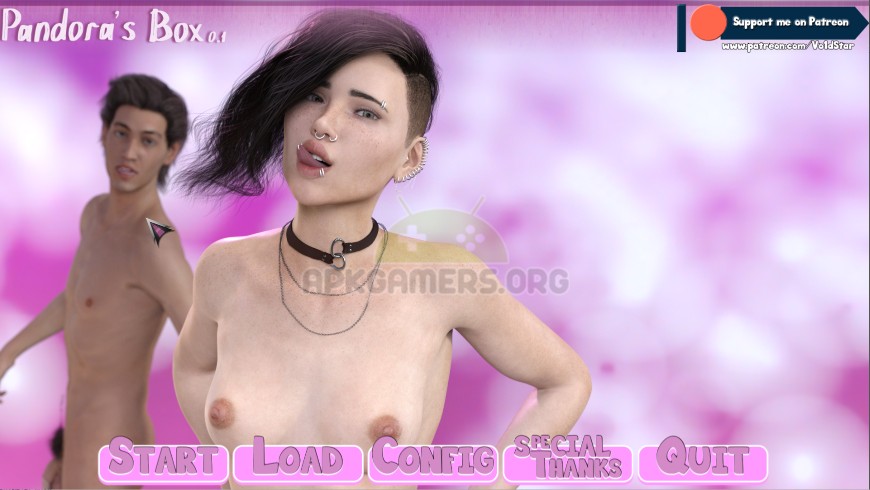 This time we’re looking through the eyes of both the male and the female.
Depending on the situation if both characters are present in the same scene, the one that makes the most sense at the time will be the one who’s thoughts you will follow.

v0.2
What’s new:
~125 new images (including the animations).
Last update lasted a few days. This one is only one. But it’s quite a long day and you get through the whole day from morning to night from both character’s perspectives.
4 sex scenes. 1 lesbian/voyeur, 1 dream/ntr, 2 masturbation (girlfriend)
Some paths need a certain number of points and right choices made from the previous version for you to unlock the choice selection.
Lots of new characters that might make future reappearance.
Bug fixes:
Fixed a few typos from the previous version.
Fixed an animation error during one of the paths.
The keybindings were messed up, but now that’s fixed.

It basically works like this:
Once you get to a particular sex scene you will unlock it in the Gallery for quick viewing. It does not include text or story elements. Only the sex scenes + climax. It also does not currently include sound (might implement at a later date). It’s like a tracker/achievement system where you can see how much of the game you’ve seen based on your choices. I want to add that feature to Forgotten Paradise as well, but I don’t know if it will be in the next update.

But I always go quality > quantity. If there’s room to improve something in the given update I will go back and do it. If I see skin popping through clothes where it’s not suppose to, I go back and fix it. As long as it’s in my power and knowledge I will fix it before release.

v0.17
250+ new renders.
Fetishes and sex scenes this update: Voyeur, Cheating, Foot Fetish, Masturbation;
Fixed some grammar mistakes from previous versions.
Sadly I didn’t have enough time to do the full club part in this update, so expect continuation of where we left off in the next update.
First ending of the game is in this update. It is split in two ways A and B, based on your Submission points. More info on that in the Walkthrough.
All new scenes in this update have been enhanced with HDR, making them much more crisp and sharp.
Wendy fans will be very pleased with this update. It’s basically all about her. She also got some improved model updates, most noticeable improvement is her feet:

v0.21
Hey everyone. 0.21 version is here. In this update I pushed the story further with the heist and the wedding/honeymoon. There’s 3 major sex scenes, but each one has several animations and fetishes.
Changelog: