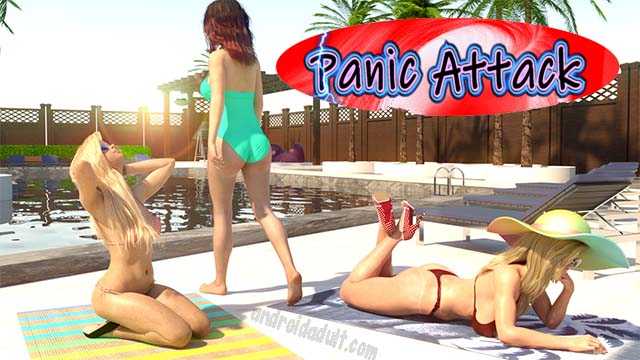 A future mayoress (suffers from panic attacks) is fighting against corruption in the current government, while at the same time worrying about her husband, a special agent in the war zone, and their daughters. Danger is lurking everywhere. The list of people she can trust is like non-existend and almost everyone wants her to fall. You are the director of this adult interactive fullhd dramedy action-thriller with gruesome elements.

Warning: Please check out this game’s tags before you download, as some content may be considered offensive (for example: rape, racism, extreme violence (gore), etc ). Consider looking at the “dev notes down there”.

This game is originally made for people tired and/or desperate of the actual 99% vanilla games out there !
Since patreon changed their policy some years ago with banning harder stuff like blackmaily, rapey content. I’m doing this work for you guys ! Please consider supporting me if you can afford it in any possible way, since it’s the hard way of developing a game and the hate coming from some ppl against such projects.
A subscribtion at subscribestar would be the ultimate thing to keep me motivated in working at the game fulltime but also sharing (after sub priority) and/or talking about the game, as well as liking the OP or doing positive reviews would help me much. thank you for your interest.

Season 3: Teddy Bundy: © by Blondie Bear
-Previously videos to S01, S02 & Theme for S03:Teddy Bundy
-About + 1000 new fullhd render
-about + 10 animations
-some auto sequences
-alot of decicions
-hundreds of music and sound effects.
-about 2 hours to play on average
-This game is sometimes very dark and gruesome.
-Support @ https://subscribestar.adult/blondie-bear

Season 2 release: 04.03.2022 (public) (You don’t have to play Season 1 since there is a) :
-“Previously at Panic Attack” Season 1 (15min digital voiced video) (ingame)
-About 1300 fullhd pictures
-Some animations and auto sequences
-lot’s of decicions (even honored decicions have a place now, but it’s still about Psycho and Relenetless  )
-Lot’s of fixes (skip function enabled, case sensitive fixes, no more stars for bad words, auto seq. textbutton for easier usage etc.)
-Even more sound effects and music changes.
-(about 2 hours to play on average)
—————————

Season 1 release: 23.01.2022
about 1500 fullhd pictures
about 5 animations
about 5 auto sequences mostly in action scenes and or stripping scenes
(about 2 hours to play on average.)

Hint for the Silhouette to click in Season 1 (especially for Android user):