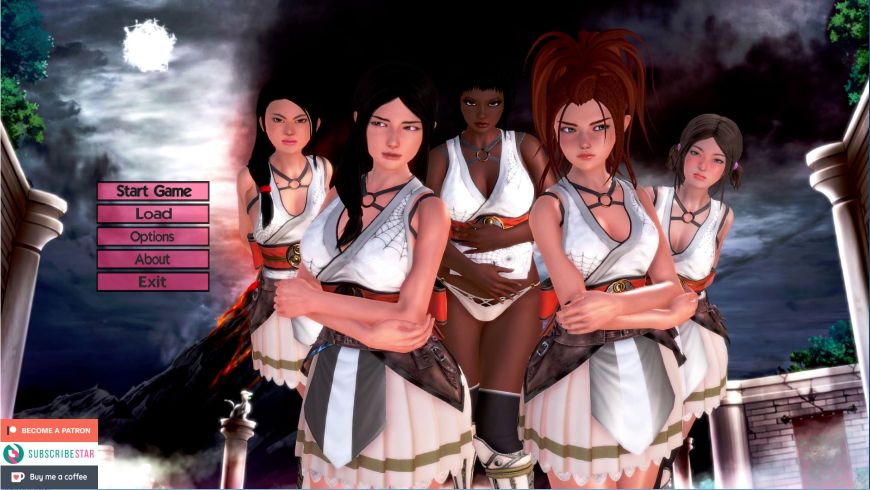 You’re a professional martial artist who retired from his job early and started a new life in a brand new city. It turns out that having virtually endless free-time plus money to blow changes everything. You’re thrust into a world of sex, drugs, hot moms, teenage drama, but most of all romance; something your previous life allowed little time for. It isn’t long before you’re heavily involved in relationships with two incredibly gorgeous women, both of whom are single mothers with teenage daughters.
Polarity is a game with a heavy emphasis on morality. With a new life comes new responsibilities. Every decision you make will shape what type of person you become. Will you be a sweetheart who is simply torn between two lovers? A manipulative sociopath who’s only concern is self-interest? Or a misunderstood soul who merely wishes to get his dick wet? That’s entirely up to you… but be warned: every action will have consequences.
Run your dojo, balance multiple relationships, live a life of leisure while exploring the big city… and the various women who inhabit it.

v0.3.1
**NOTE: Due to a bug, players will have to remind the game which choices they made in Ch3 Pt1.
This occurs automatically when you load from the save screen. Alternatively, you revert
to an earlier save from BEFORE Ch3.

The second half of Chapter Three of Polarity… containing:
– The FULL first, second, and third chapters!
– Over 500 New Images!
– 8 New Lewd Animations (59 total)!
– 37 Song Soundtrack (3 new)!
– A familiar face returns…
– Compatible with old saves! Simply load up the “Save your game” screen.