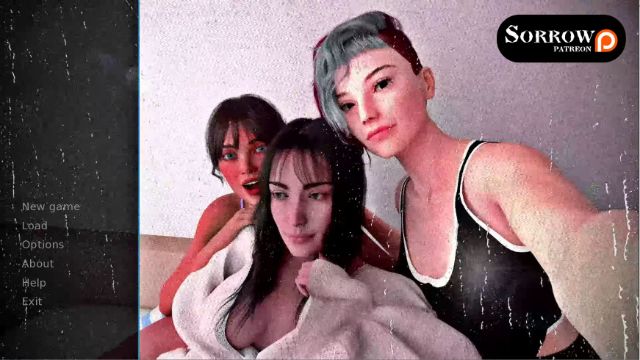 The story is about an ideal society after life, where there are no human vices left, harmony and mutual respect reign, but at some point a tyrant came to power, who destroyed the balance and integrity of the whole society. What can a newcomer who has just appeared in this world do? Let’s see it in the game.

This game is about a man who lives his life in negativity and unhappiness and has always dreamed of an ideal world without all the things he hates so much. Contrary to his dreams, the main character died under unexpected circumstances and was reborn in a new world. The name of this world is Purgatory.
From that moment on, the protagonist’s new life begins in a place completely unknown to him. This place and the things that happen in it defy any explanation, it is a real mystery to the player.
What is the goal? Unknown
What to do next? Unknown
Only you can make your dreams come true and choose your path. Along the way, you will meet many characters who can help you make the world a better place. But do not forget that there are people who will try in every way to prevent you from moving on, only you decide how to deal with them. Everything is in your hands! I will show you what is truth and what is fiction.

Version 0.65
The Glossary System. The glossary appears at the beginning of the game and is filled in as the game progresses. Inside it is information about the characters you meet or recognize along the way. Inside is useful information and facts that you already know. The purpose of the Glossary is to show the player that things are not as complicated as they seem. The main thing is to pay close attention to what’s going on.
English subtitles in the opening cut scene
New “Honor Board” menu with the patrons that participated in the last promotion. Can be opened at any time in the main menu.
A new reworking of English. Completely fixed the “Spirit of Destruction” storyline, half of “Lonly” and half of “Chrysanthemum Chansi”. The next update will be a complete fix of Lonly and Chansi.
The 10-second survival scene has been complicated. (With Rose Fengshen.) Now there is a timer with 2 seconds and you have to click correctly on the answer choices.
Added more checkpoints
A new promotion on patreon that starts today! (29.04)

Version 0.6
250+ new renders
15+ new animations
Route “Lonly” Without a finale
Explanation of the powers of each of the Pillars, additional information about the world and tasks
70% english rewised
Walkthrough (Available at any time in the main menu)
Check Point System (Returns to the last choice after death, instead of being thrown into the main menu)
Transparency of text box reduced by 50%
New game mode “Truth and Fiction”. (So far only announced in the game, gameplay will be in the next versions)
Discord link updated
Additional extended description of the game
New game trailer

Version 0.57af
New costume for Fana in ALLFUCKER mode
Some renders in the game have been replaced by animations
End of storyline with Chrysanthemum Chansi for Episode 1
English corrections (Start-Cave(Before Inferno questions))
ALLFUCKER fix bugs
Game fix bugs
New promotion on patreon until the 21st April
Thank you very much for the Spanish translation

Version 0.5
New Spirit of Destruction storyline, to start it you need to enter a cave using the map (Done everything except the final scene, all final scenes will be posted in update 0.99 to avoid spoilers)
New game mode ALLFUCKER, to try it, you need to click on the heart icon in the game map. It’s a mode where you don’t have to explore the plot, but just have fun “dating” a girl. (Currently DEMO version, only 1 girl is available, but with each new update the number of girls, costumes and features will multiply)
Full English fixes up to and including version 0.4. Version 0.5 will be checked for the next update
Some bugs fixed
If you have translations in other languages (Spanish, Italian, etc.) leave links to your sources, I’ll add them directly into the game in the next quick update
Start of development for new tags (incest, femdom, blackmail)
350+ new renders
30+ new animations
Several new tracks

Version 0.4
If you find any bug, just press ignore, you can continue to play, also, if it is not difficult, write about it here or in discord, it helps me a lot in the future!
Complete redesign of the game to adapt to the world map
The choice of storyline now depends on where you go
Complete editing of the English translation throughout the game (But it’s still not great)((I’ll make it even better for the next version.))
Dividing the game into 2 separate versions (RUS/ENG)
Text box opacity mod (Thank you so much for this BrandyYT)
A new window with quests that will help you understand the story and better understand what to do next
A small addition for Chrysanthemum Chansi Route
Button with Discord in the game’s main menu
Removed abrupt game termination throwing out into the main menu, now game termination with a nice animation for your comfort