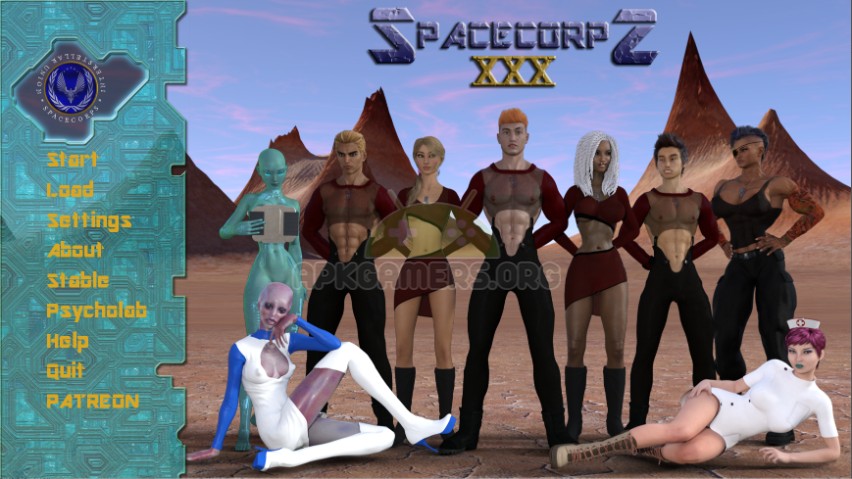 Your path is open for you to choose. Help a self-aware AI find out what it feels like to be human; or find out just what connection the strict Drill Sergeant has to your past. Seduce your childhood sweetheart; or humiliate your school bully. Explore kinks you never even knew you had!​

you need Android 11 or newer to install the app!

It’s out! This update finishes Day 2 and takes us on to Day 3 – clocking in at around 600 pics. It features a new guest mission from the amazing Erwin [281 pics]; alongside further development of the Shifter storyline; and the chance to read Sam and Fatima‘s dreams

As usual, let me know what you think in the comments below or over on Discord. The coding for the Brig replays was tricky – so be sure to alert me to any problems!

v0.3.7b
NOTE: This is a bugfix and walkthrough Update only! There is no additional story/image content.
– New Cis Integrated Walkthrough
– New Sp4nker and Sp4nked kinks added
– Shortened some file paths to help those playing the game from remote locations
– Adjusted some of the UI to create a better Android and Mac experience
– Added extra Hint for moments in the game where players often get stuck.
– Fixed continuity issue with Cis and mindreading.
– 100s of bug/typo fixes – big thanks to devSin for patiently trawling through them all!
– Big backend revamp to prep for Phase 2

Huge amount of bugs throughout the game now fixed; including:

– walkthrough fritzes should now be a think of the past!

– some fixes have been made to clean up Daemonology

– Personnel Files are now fully operational for all characters in your Stable! [except Info]

– Scene Replays are now operational for all characters!

– Galleries have been added for all characters [accessed from Personnel Files]

note – you have to replay the Cis conversation to see these]

v0.3.7 Public
KEY FEATURES:
– Find out all about Ensign Cis, and shape your relationship with her.
– 625 new images
– m/f, m/m or mixed routes
– 2 New Maincast characters & 4 New Background characters! [including Cousin Felix]
+ New Walkthroughs for Anna and all Cole paths
+ The big Gojira-Potoum bugfix [Part 1 of the big, all-time, bughunt

v0.3.4b
It’s a big update, and there’s a bit of something for everybody. You’ll find:
– 500 new pics
– 2 new kinks
– 1 new character
– mm, mf, ff & bi content
– Build your relationship with Sam, and discover more about his background and family.

v0.3.4a
338 New Images!
– you and your fellow cadets will be receiving a much anticipated reward!
– have an in depth conversation with Fatima about her life in the Backcountry, Ganymede and her brothers
– first PLI award [Fatima]
– 2 storyline sex-scenes and multiple sex fantasies
BUGFIXES & EXTRAS:
– fixed skirt poke through in brig01
– fixed ceiling tiles in showerblock01
– fixed various bicurious and bisexual anomalies
– fixed issue with screen freeze in basement scene
– added sister beretta to virtual stable (requires scene replay)
– added m/m version of taboo kink

v0.2.8b Bug Fix
This update has no new storyline content from the December release – it’s a bugfix and technical upgrade only.

We disable comments to the public due to high volume of traffic and spam comments, Commenting is only available for VIP members.
3 2 votes
Total Game Rating
Subscribe
Please login to comment
2 Comments
Newest
Oldest Most Voted
Inline Feedbacks
View all comments

The game is amazing and they finished season 1

This game is terrible, worst part the storyline doesn’t even make at all