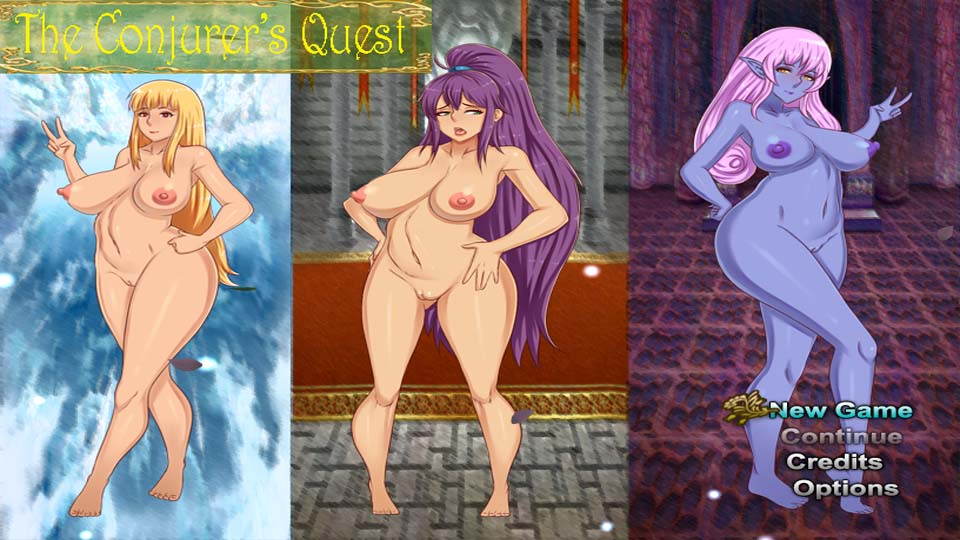 You are the conjurer. A summoner of monsters. A practitioner of the dark arts and a former member of the occult. You’re retired now and prefer to enjoy the comforts of your lair deep in the woods with your monster servants.

The king sends his knights and soldiers after you to hunt you down for your past crimes, but you fight them off easily. One day, a beautiful female knight intrudes upon your territory, and intrigued you set out to not only punish her but tame her using a spell of submission. But when greater threats make the two of you share a common enemy, you decide to help her save the human realm from certain destruction.

In order to do so, you will have to travel to the demon realm and try to convince the demon lords into starting rebellions. You will travel to the celestial realm and try to secure the aid of the celestials. In between, you’ll find new followers, new women to dominate. All to save the knight, her kingdom, and the human realm. It won’t be an easy task, but using all your knowledge and experience, you may be able to be an unlikely hero that gets the girl.

The Cure for Madness [Chapter 1-4 Revised]