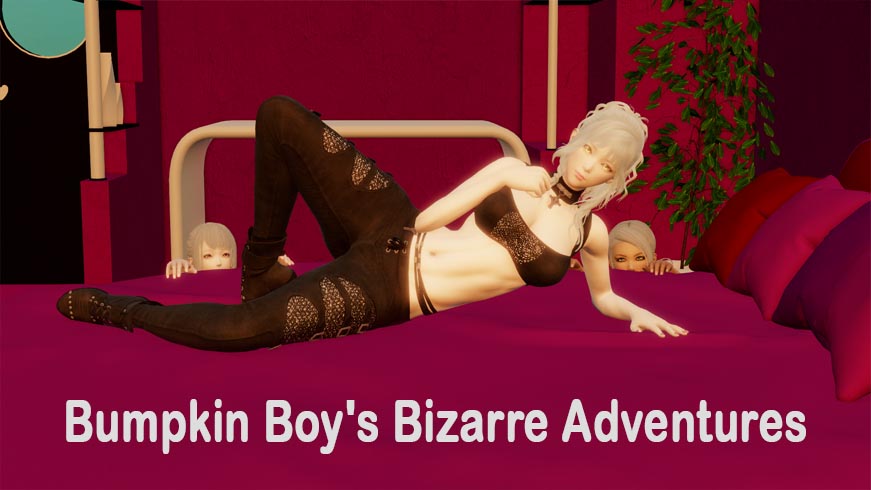 Bumpkin Boys Bizarre Adventures APK Android Port – The eldest offspring of a farming family decided to switch his lifestyle, and goes into the city for higher education. Follow this bumpkin boy’s adventures as he lives at his aunt’s place together with her 2 daughters. While the plot revolves around school, there will be a lot of scenes and events outside of it as well.​

v0.2
We have finally finished working on the v0.2 of the game, we hope you like it. It was worked on in-between busy periods for both of the authors, and there have been days where nothing got done, and days where we had to compensate for that. We will however, start working even more on it starting now.

v0.3
It took us a while to make a new version after v0.2 but it’s finally done. We’ve tried a lot of new things that we are excited to show, we hope you like it.

v0.5
Added global map system + school map system. Added days system and type of day system. Added inventory system. Added new characters , new quests lines (that are not linear anymore.) More memes (sorry).
Most of the patch is new functionality so visual content might be lacking compared to previews patches, nevertheless we hope you enjoy (and we hope nothing crashes as it has been in testing stage for a few days now.)
Old saves might crash, however possibility to start from the current version has been added at the start of the game.

v0.6
Added new content with characters not seen or used before , as well as new locations.
Added collectable pictures.
Added walkthrough and save for patch 0.5 events to start with patch 0.6 content if needed. ( old saves might crash)
Updated all older visuals and tweaked some newer ones.

v0.8
– New events with old and new characters added.
– New types of events and triggers added.
– New location added.
– Walkthrough for the patch with a save for patch 0.7 added.
– New in-game guide for FAQ added.
– MC might be slightly smarter. (Doubt)