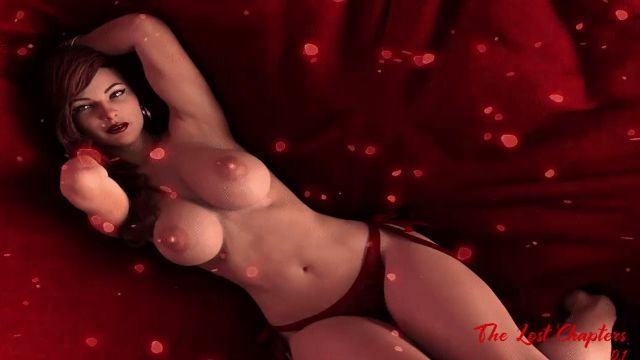 ‘The Lost Chapters’ is a modern fantasy, erotic visual novel with a heavy focus on romance and relationships. In ‘The Lost Chapters’ we follow Eve. Adopted by a family consisting of a single mother and her daughter, she had a tough life growing up in the suburbs. A struggling economy following a recent global pandemic made things all that more difficult for their family of three. When all seems lost, Eve receives a response to her job application as a teacher at Mara Institute, a world class teaching institution, with an extremely generous paycheck. This could be it, a panacea to all her family’s problems. However, isn’t there a saying about things that appear too good to be true? All these, while something ugly starts to stir under all the glamour and bustle of the city.​

v0.4a
Not going to Ashley’s house route updated
Did you actually listen to Valeriya’s recollection of the legend instead of seducing her(why would you ⁄ ⁄ᵒ̶̶̷́⁄⚰⁄ᵒ̶̶̷̀⁄ ⁄)? You get a new choice when you meet her again at the CCA club.
Do you like Xue, but chicks with dicks don’t really do it for you? You get a small glimpse of how she might have looked without one. Available only if you are avoiding all such scenes.
Ember confesses her feelings for you, are you going to accept?
Redid some renders from v0.4, and fixed grammar. If you still have issues, please feel free to be blunt.
And many more story bits.

v0.3.1
1. The branch where we chose to trust the mayor to handle one naughty girl gets expanded upon.
2. There are a lot of branching plots now. Enough to confuse even me. So now you can name your saves. Yay!

v0.2.3
Brought all the branching routes up to speed.
Less longer, but a more girthier update this time.
Probably the last release before 0.3.
Happy holidays!

My Teacher is a Webcam Model v1.0 [Completed]