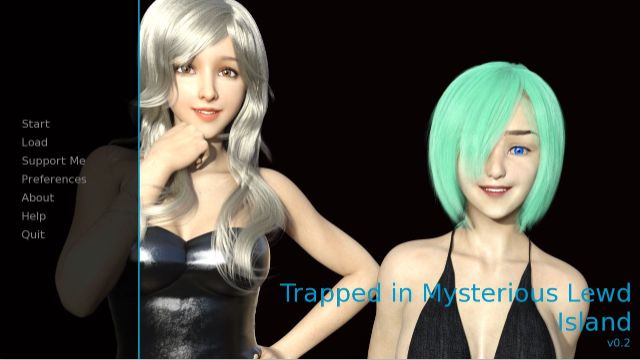 You woke up mysteriously in an island with a pretty girl beside you with no memory of what happened before this. are you kidnapped? are you trapped in this island? nobody knows. even the pretty girls and other people doesn’t know what happened. all you know is that if you want to escape this island, you need to win in a competition that is held in this island and its not any normal competition. its a competition that sometimes requires sex actions.. the more lewd it is, the more points you get…. can you win it? or will it find out who is behind all this and get out of this mess? Play it to find out​

v0.5.1
-Remake renders of episode 1
-Completed all scene “under development”
-Combined episode 1 and 2 in a single game
-For old players, Go to extra > and you will see first episode (or you can start again from the beggining)

v0.2.3
-Added introduction of new character (naming poll on my patreon) (not many new renders for this week as i am busy with christmas render and holidays)
– Free roam mode coming soon!

-Improved lighting setup of the girls in future scene (see the first 2 thumbnail below, ignore the skin of the dick) Hope you guys like it
-(Capitalization and grammar will be corrected next version)

(reminder)
Why i made it sandbox:
-1) Firstly, it doesnt require grinding. maybe just 1 time at max
-2) Does show obvious hint (as i want the player to enjoy it as much as possible not just wasting their time)
-3) Doesn’t requires endless clicking. (You will be guided straight to the point)
-3) Instead of a linear storyline, player can get to choose which girl story they want to go first, and which girl story that they want to skip
-4) The main story that i planned next is huge, and i have alot of ideas for side story. And some people says that my characters doesnt have storyline and the main story is quite rushed.
5) Dont worry, u have the option to skip all side storyline if you dont want to see it in future.

note : There is no way for me to upgrade the graphic of the game, unless i abandon the previous one and start a new game of 1920×1080
So, 0.3 is the continuation of the story. I would not be updating the 0.2.6 anymore, but i still put it there for those that play this game for the first time
Sadly, the stats and points could not be brought over…but i will try to optimize for you guys.

v0.5.1
-Remake renders of episode 1
-Completed all scene “under development”
-Combined episode 1 and 2 in a single game
-For old players, Go to extra > and you will see first episode (or you can start again from the beggining)

Give an imp a chance [Final]