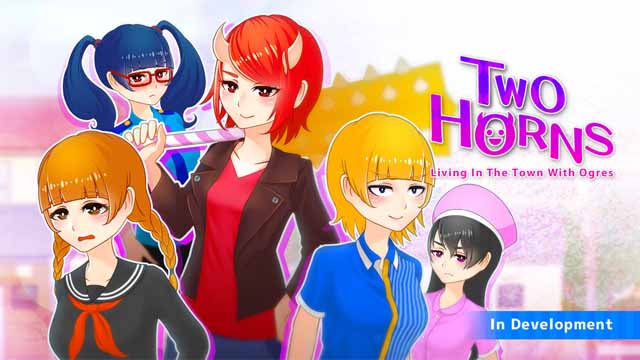 The story is set in local city “Oniga-town”
There has been a legend that ogres live in this town since ancient times. You met a girl with two horns on her head there. She hands a mysterious “Club” and asks her to use it to catch her sister.

The biggest feature is “Anyting Goes”!
Prepare main scenarios and many different subquests. You can attack not only main characters but also NPCs walking in town. Run around naked, sneak into a women’s bath and toilet, dress up the trapped girl. Discover the play style on your own.

v1.1.6
What’s new:
– Chinese language support (machine translation)
– Added the master key to the apartment
It can be bought from a suspicious merchant named Ami Makihara.
– Added male characters have been added to some maps.
Currently, they appear in maps that can be entered by using the master key.
– Added a costume switch to the SEX scene.
You can switch costumes when having sex with the girls you catch in jail.
– The cursor position on the save screen is now saved.
– Fixed some bugs.

v0.0.13
This time, you can now play the next part of the main quest. I’ve also added a small event so look for it!
You can now defend against the girls’ attacks. On the PC version, you can guard under the arrow keys. On the Android version, you can press the Guard button to guard.

What’s new:
– New Main Quest and Small Events
– New Characters
– Added girl’s voices
– Added some costumes
– Defend against the girls’ attacks
– Can return to Safe Area (home, etc.) even if you’re being chased by the police.
– Adjusted some parameters.

v0.0.12
This time I’ve added “Peach-River Town” area, which is the second half of the story. You can take the train to town by advancing the main quest. There aren’t many events in the new area yet, but I’ll be adding more sub quests as well!
Also, you can now buy new weapons from Yuiko. There are two new weapons, both of which are powerful.

Known issues:
– Character voices are still a work in progress and will be improved.
– Some clothes does not show in sex scene.

Known issues:
– some clothes does not show in sex scene

Next:
I am planning on special items as rewards for each tier.
For example, portable save points, change sex positions freely, and so on.

You can play new quest “Unplanned Bank Robbery”. It starts in front of the Central Bank after you helped Suspicious Seller in main quest.

v0.0.6
– Fixed the quest does not progress bug
– Added SP
When you will go to sex scene, you need 1SP. It recovers over time.
– Added Level Up
When you get pink balls, you will level up and increase HP and SP.
– Added some new hairstyles


We disable comments to the public due to high volume of traffic and spam comments, Commenting is only available for VIP members.
5 1 vote
Total Game Rating
Subscribe
Please login to comment
7 Comments
Newest
Oldest Most Voted
Inline Feedbacks
View all comments

bro when will it be updated

Is there an updated version?

if you could update it that’d be cool ^^