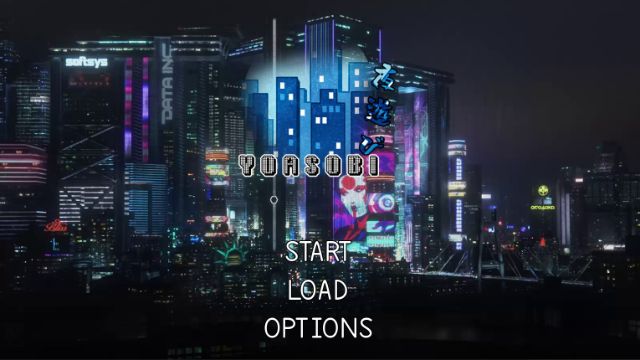 Its 2069 and you’re the owner of a Servant Café, called Yoasobi (Nightlife)!
You’re in charge of raising and taking care of your maids, although you only start with your girlfriend helping you out, you can collect more via the gacha system!

She’s your girlfriend and she’s helping you out with your business, what a great girlfriend!
Be sure to not neglect her and only focus on the maids! <3

She can be a bit tsundere at times, but she’s willing to work for a living!
She’ll do just fine with the roughest of customers!

She was previously a Chemistry Teacher at the famous Tokyo University, but had to resign to an “incident” with a male student, and she’s here for that hard work money!
Quite the predicament!

She’s quite the prestigious student, role model even.
Yui believes she’ll do a great maid with her thicc thighs and some cream pies.
Too bad the building doesn’t have a kitchen!

The game has more banners planned but only if enough people show interest!

Those would be:
Foreigner banner, where we’d do some western looking girls.
Creatural banner, we need those nekos don’t we?

If people like the game enough maybe we can have an extra 6 characters.
It would be nice.

v1.2
Hey everyone, we managed to this update quite quickly and we’re very thankful for the support, tips, and love the game got!
Here are some big Quality of Life changes and a lot of new animations with the new training!

– Training Mode
Training mode and Sex mode are now separate, you can train your Maid on favorite sexual positions!
This mode is different from sex because it allows basic customization and sexual options!
That will only work if you want your Maid to be a Sexual Servant! (Done so in the Journal!)
Each character has 2 favorite positions, a service one and a sexual one.
A total of 180 new animations(60 per character), with POV, creampies, and a lot of love between you and your maids <3!
This mode also offers clothes that can be unlocked with Money!

– Improve the 10 Summons.
The animation was cut short into showing the 10 cards instantly, talk about a time saver!

– Improve the Skill Level Up Menu
We heard you, we heard you. And we acted on it!
Now you have to click the skills to lock them down just like we had it on mobile!
With an extra bit of flair to the selected icon!

– Bugfixes
We’ve got a ton of bugs that got caught by you guys and they are fixed on this version!
We couldn’t have done it without your help so thank you very much <3
Fixed a Bug on the Journal where it would cause a lock in a servant’s role.
Fixed a Desktop Bug Only right-clicking into the menus and clicking return (bottom left), wouldn’t return you to the correct screen.
The Version Indicator was missing! It now shows up correctly under our Patreon link <3

We now believe the game is at a fully complete state where we can be confident in our work, and it should help us reach our intended goals with future characters coming into the gacha with more support.