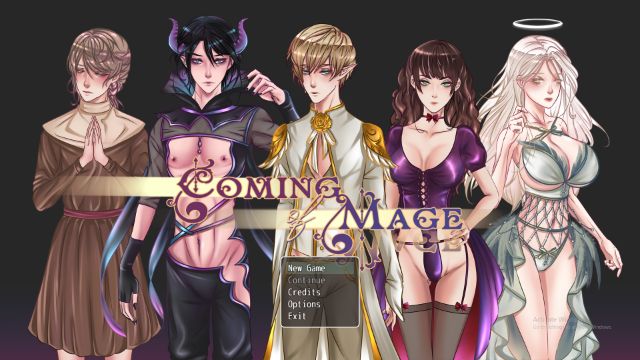 Nineal, an elf from the Homeland forest, is the brightest student in a prestigious magic academy. After finishing his first year of study, he is required to complete a year—long apprenticeship with a professional mage from the city of Taurea. Only after meeting his new master’s expectations, he will be granted the honor of becoming a real mage — but will things really be as simple as that?
Taimyr, Nineal’s new mentor, is held in disrepute by the public. He’s incredibly powerful and influential, but also eccentric, selfish, and dangerous — a figure people would whisper about behind closed doors, but never stand up against. Upon arriving at Talmyr’s mansion, a place where he is meant to spend the next year of his life, Nineal notices numerous bizarre occurrences taking place. No to mention that there are creatures from the higher planes living on the floor above him…?
Nineal soon finds out that the older mage is after something, a mysterious source of power that made him lose everything he once was. find he won’t stop until he seizes it, no matter what it takes.
Between his sense of righteousness, an ambition to surpass Taimyr, and his own life on the line, Nineal has to tread carefully not to get lost in the intricate web of lies that’s waiting to entangle him. While he grows in power, his win or defeat will be decided by whether or not he manages to outwit his master.

We disable comments to the public due to high volume of traffic and spam comments, Commenting is only available for VIP members.
3 1 vote
Total Game Rating
Subscribe
Please login to comment
2 Comments
Newest
Oldest Most Voted
Inline Feedbacks
View all comments

Hey fix link for android,in mega file has been deleted