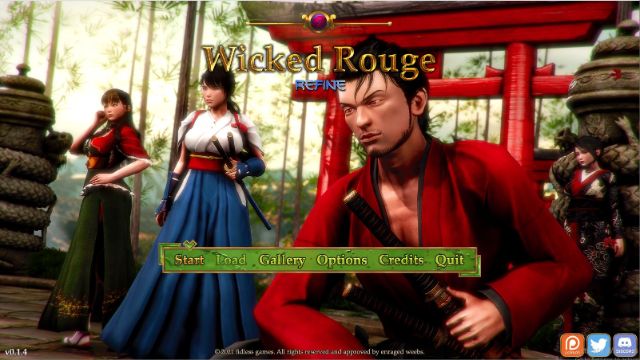 The city of Hana is built on shattered dreams and broken hearts. It is a city of passion, a city of vice, and its pleasure houses are the finest in all the land. And after your father’s death, you find yourself in charge of his failing establishment, once one of the most prestigious of those renowned pleasure houses.

A tale of sex and revenge awaits you. Engage in torrid flings with beautiful heroines, recruit oiran to work in your pleasure house, and do everything you can to keep your girls from falling into enemy hands.​

AFTER THE UPDATE, LOAD A SAVEGAME MADE INSIDE YOUR OFFICE ONLY AND NOT DURING ACTIVE EVENTS!
(for android, do not delete the game, just overwrite)

CHANGES
– Increased customers’ spawn rate during night services by 14%.
– Reduced daily reputation loss by 1% (previous was 5%, now it is 4% of current rep)

Our Life After Lottery v0.2