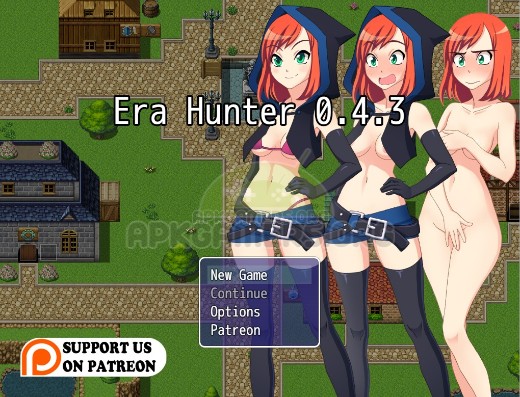 Follow Era in her quest to became a professional Monster Hunter.​

v0.5.0
A lot of things have been done and reworked. That’s why old saves don’t work.

We thought about writing a change log. But it’s basically a new game, there are familiar events and quests, but they have been modified and new events and quests have been added, so you’ll need to play the game from the beginning

v0.5.1
– Fixed a crash when losing to small meanflowers
– Fixed several typos
– Added information about the quick access room to the Extra location

v0.5.2
– Fixed a bug with a disappearing blacksmith during the meanflower quest
– Fixed a small bug on the beach with a big-breasted swimming girl
– Wrote a plugin that fixes the problem with saving in Mac version

not compatible in 1gb ram