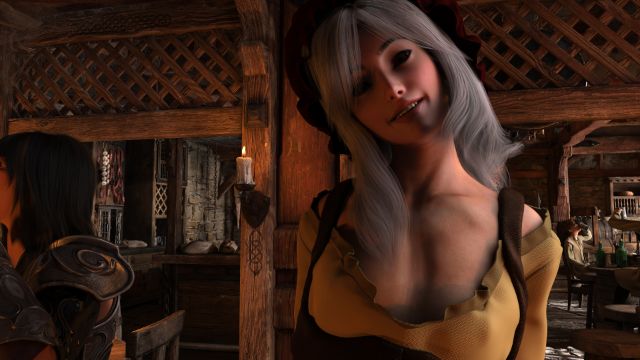 The fate of Mirador is a medieval fantasy game with RPG elements. The entire CH1 contains over 1000 renders and 50 animations. This is also my very first game where choices have a ripple effect that is felt all the way to the very end of the game. Everything from how characters, villagers, allies, and enemies interact with you… down to how the game takes shape. The world itself will change based on your choices. IE: You do good in the world. The world will start to notice you, senpai. The same could be said if you happen to be the undecisive type of person who can’t make up his mind about staying Good, Neutral, or even possibly more… The game, based on your choices, will take one of the three preset paths for an ending that will not only be suitable to the character you have built, but the entire story itself will change (drastically) based on the path. In short, no rewriting the same lines for another path. Each path will see different characters, and even the same ones who are considered the main cast(many of them will be a part of your team/harem/dungeon…), act accordingly. Based on your player build/choices you make, shape you as a leader.​

The Story Of A Good Girl v1.0 [Completed]