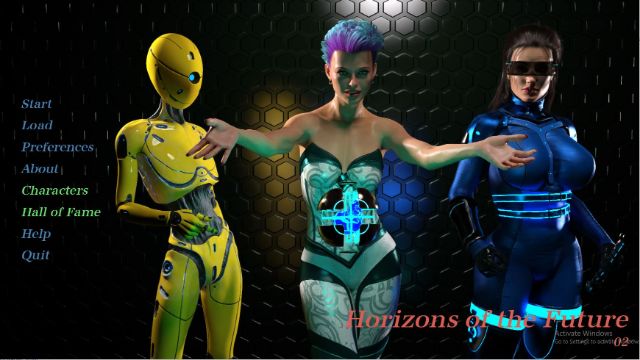 Horizons of the Future v0.3

The action of this game begins in 2222, in the city of Neon. The technology of the time is far advanced, cyborgs and humans have become one social society. A female scientist named Leila Star grew up without parents, her father disappeared when she was 10 years old, and she has never seen her mother. Leila was raised by a cyborg named Lona. Leila decides to send the cyborg Lona back in time to find her parents and find out why they abandoned her.

And in our time…

In this game, you will play the role of a private detective, a young guy who has just arrived from his small town to the big city. He hopes that in the big city he will find more work in his vocation, as he thinks. After all, the work of a private detective, he chose because he loves adventure and solving mysteries. And he did not make a mistake with the choice, because the adventure is guaranteed!​

Helping Out The Neighbor [Final]