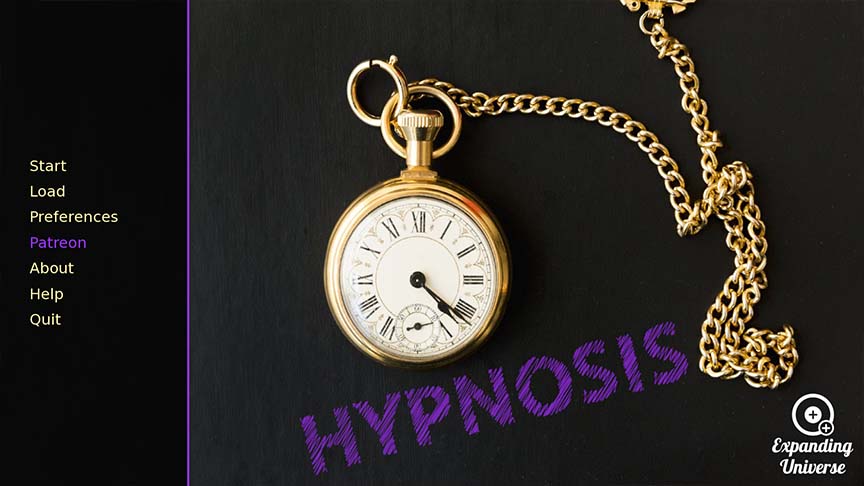 Hypnosis APK Android Port – You moved in with your best friend and his family under one condition:
That you don’t hook up with your friend’s cute little sister Leah who seems to have a crush on you.
The game begins with Leah complaining that her boobs are too small, so to make her feel better you pull out your grandfather’s pocket watch and wave it in front of her, telling her that her boobs will grow. This somehow works, and soon all of Leah’s friends are asking you to hypnotize them also.
Choose between being the nice guy and the asshole with each girl. It is possible to date multiple girls at the same time, but you will find that girls in small private schools tend to gossip.
There are five main girls with story lines to explore romantically.

v0.2c
New pictures, animations and dialogue.
You won’t be able to keep everyone happy this time around, but that is what happens when you try to date five girls that know each other at once.
I tried to keep old saves working but I’m afraid too much was changed and you will most likely have to start over.
To make up for the repetitive parts, Jenn’s story line now includes the submissive path.

v0.5.3 Ep.7
The Episode is called Wingman because Cory corners you and calls you out for not sharing your recent streak with him.
You agree to take him out to the bars and have the chance to take him to Jenn’s party. Catch up with Jenn and Haley and meet a few of their friends.

The alternate Leah storyline is now updated and begins in Episode One.
You have the option not to kiss her initially, and this starts an alternate (possibly better?) storyline where your relationship with Leah begins slower and is encouraged by Ashley.
It also avoids making the girls angry at you for trying to date them at the same time, but you still end up with both girls.
It took longer than I hoped, as some of the days got moved around and a lot of dialogue needed to be rewritten on top of the new scenes.
I tested it, but I’m sure I missed a few things. Let me know any errors on Discord as you spot them.

v0.6.1 Ep8
Pool Party! Take all the girls and put them in one place. Add ice, booze and stir. It’s going down.

v0.6.2 Ep8
Fixed a couple wardrobe inconsistencies and issues with dialogue names being wrong in certain scenes.
Added more to the Leah/Ashley sex scene toward the end.
40+ fixes on grammatical errors and mistakes throughout the game.

v0.7.1 Ep9
This episode is about the fallout from Episode 8

v0.7.2 EP9
This version includes the first real ending of the game.
It is over half the length of Episode 9 and has a decent amount of content, especially if you hooked up with Brittany in Episode 7.

Find it near the beginning of Episode 8.
Choose Laura when you first get to Laura’s house for the pool party.

v0.8.1 Ep10
Discover the answer to “what happened to the pocket watch?”
You have a few different paths to explore as you are helped by your volunteer “detectives” Daphne and Grace.

v0.8.2 Ep10.5
The Cruise Ending-
Take Laura and Grace on a cruise. Good luck keeping them from the buffet.
It begins when you ask Laura to be your girlfriend at the beginning of Episode 10
This ending is longer than Episode 10 in content. And more fun.

v0.9.2 Ep11
Episode 11 concludes the Watch Thief storyline with over six different ways to confront the thief, as well as the option to avoid the thief entirely.
Some paths contain far more content than others, so check out the walkthrough for more info.
All the paths merge back into the main story.

Episode 12:
Since there will be extra time until the next episode of Hypnosis, I made an effort to follow up on certain requests.

Episode 13
What the fuck took so long?

I don’t really have a solid excuse. I have worked on the update between four and ten hours every day for the past month. I was hoping to knock it out in two weeks, but here we are.

With Endowed I tried to raise my standards all around, putting more time and care into the animations, renders, writing and coding.

Moving back to Hypnosis, I carried that mentality with me. Why spend extra effort with the game when it was already vastly improved from when it began? And the answer to that is I want the game to evolve.

The biggest criticism I kept seeing for Episode 12 was that it did little to deal with the events of the previous three episodes, so I did my best to bring the Main Character’s reaction front and center with the help of Grace.

The second thing I set out to improve was the sex scenes. I was comfortable with the certain angles I’d been using with first-person POV in particular because it saves a whole lot of time to only show the girl and avoid using the male character. But for this episode, I challenged myself to go bigger.

I spent a lot more time to give the sex scenes of this update special attention instead of treating them as an afterthought.

As everyone that has done early testings of the game (thanks for the help there, as always!) knows, I tend to save a lot of the sex scenes for last and try to finish them last minute as I try to hit a deadline.

But for this update, I hope it’s apparent that I made the effort to make them matter more in the game and not feel squeezed in.

I also did several rewrites. I want to make sure the game has a good momentum as it continues forward, not feeling too rushed nor too slow.

Anyway, thank you everyone for your patience. I hate giving estimates for when to expect the game and missing them by over a week. I’ll do my best to be more realistic with everything.

Originally, my plan was to put out a new update every month. For the past year, I’ve managed to do that with one exception.

Still, saying “I’m going to have a new update in two weeks!” and taking a full month is no fun for anyone. Some great advice was given on Discord, so I’ll be working with the different suggestions to find the right method.

Ep.13b (Beta) v0.9.9
This is the beta version meant for testing and is missing many renders and contains several errors.
It is not meant to be played yet.
This version contains one new h-scene, spanning 12 images and some other character introductions and such. Totally 93 new images.

What’s added since the testing version?

Beth’s storyline is now simplified. Instead of there being five steps to get with her, there are now only three. If you tell her you are still hooking up with other girls she will feel less guilty about you hooking up with her, and when she asks if you find her attractive, the answer is yes.

Her scenes, and their interaction with Ashley as well as the morality of the game in general, were something that really took a lot of focus. I wanted to give your choices a weighted feel with clear choices and reactions, and I had to pull back several times to compare previous interactions to keep everything consistent with all the different paths.

There’s a quick scene with Brittany. This was fan service, and I’m not ashamed to admit it.

I spent a lot of time cleaning up the uh… confrontation at the end of episode 13 to set everything up for different paths. I also wanted to make everything cleaner and more black and white because it will be the main choice to set up future endings.

I also debated the good vs evil angles quite a bit. I didn’t want the paths to be split up with that designation because I felt that it’s too vague.

Eventually, I settled on the choices “Listen to your heart” or “Listen to your dick” because I felt that breaks down the choice to its essence. Future paths will focus on that divide of whether you care more about the girls or yourself.

I also focused on the path when you don’t recover the watch. This path will lead directly to the BE ending coming out at the end of this month (fingers crossed) so I wanted to get it aligned. It also merges back into the main story, for the most part.