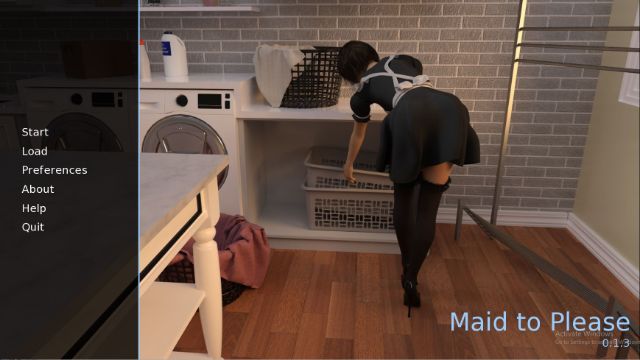 At 22, you’ve just finished your University studies and you’re moving back to a hometown that you haven’t visited for four years.
At home awaits your father and his new wife whom you’ve never met.
This is one of the oldest tales there is; it is a tale about revenge.​

v0.2.2
– Includes the day time of playable day 2.
– Added 142 renders.
– Added an age verification splashscreen at game load.
– Corrected no typos. True story.
– Added a second stats screen.
Closing the stat screen when on the “second” one requires two clicks.
I’m chalking that one down to being very much an amateur coder

v0.2.1
– Includes the morning of playable day 2.
– Added 64 renders.
– Added one animation. Probably no better than the first.
– Added a music track to the kitchen.
– Re-rendered about 20 images in the intro where a pose I used reduced the MC’s
size by 2%.
– You can now select a name at game start.
– I left the developer tools on in this version in case someone wants to change the
name without replaying the game.
First open the menu with: shift+O
Now type: mc = “the name you want”
If you want to change the last name too: mc_last = “the last name”
Don’t literally enter “the name you want” or “the last name”.

Best not use this to cheat!

v0.1.4
– Includes the evening of playable day 1.
– Testing out the sound features of Ren’py. A couple of sound effects/music added to the
intro. Not really worth going back for.
– Added one animation. Turned out sort of mediocre
– Added 68 renders.
– Various typos fixed. Re-rendered a couple of old images to fix some flaws with clipping etc.
– NOTE: If you have a save from 0.1.2 please restart the game and skip to where you were. If you’re past the the pool scene with Beth and Miko, you’re fine.

v0.1.3
– Includes the afternoon of playable day 1.
– Slightly over 200 new renders.
– New character introduced into the story.
– Some typos fixed. Two new ones added for each fix.

v0.1.2
– Includes the day of playable day 1.
– Some typos fixed. Some new ones introduced.

0.1.1:
– Includes the morning of playable day 1.
– Various updates to the UI with new text boxes, fonts, colors.
– A stat screen that might work
– Typo fixes in the intro.
– Re-rendered a couple of the images in the intro.

In Your Shoes [Completed]