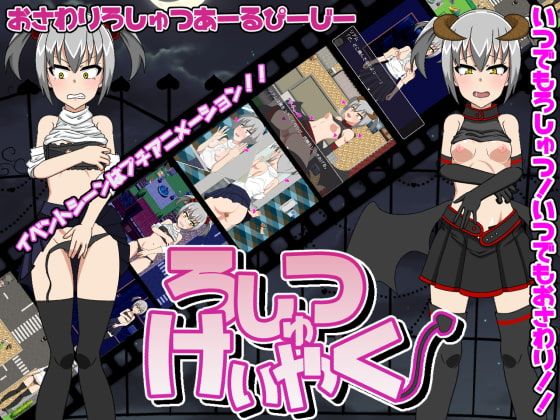 A devilish succubus “Liam” descended on the protagonist Yuuichi!!
Liam has made a pact with Yuuichi but later it turns out that Yuuichi
is such a pervert who gets turned on towards nothing but exhibitionism!!
But her purpose to retrieve energy (semen) must be attained so that
Liam unwillingly starts doing exhibitionism plays.
However, she gradually gets into exhibitionism……
Fan Translated by matthl

1. And as you may notice from the smooth v.2 version of this game, it doesn’t have memory leak fixer since old game like this goes to an error when it is implemented so it leaks a bit in the ram

2. The games is Glitchy as hell even in Pc, Random face swap with the wall when it zooms in, image glitching up when a bunch of menu opens up

Controls(This game has a hell lot of controls):