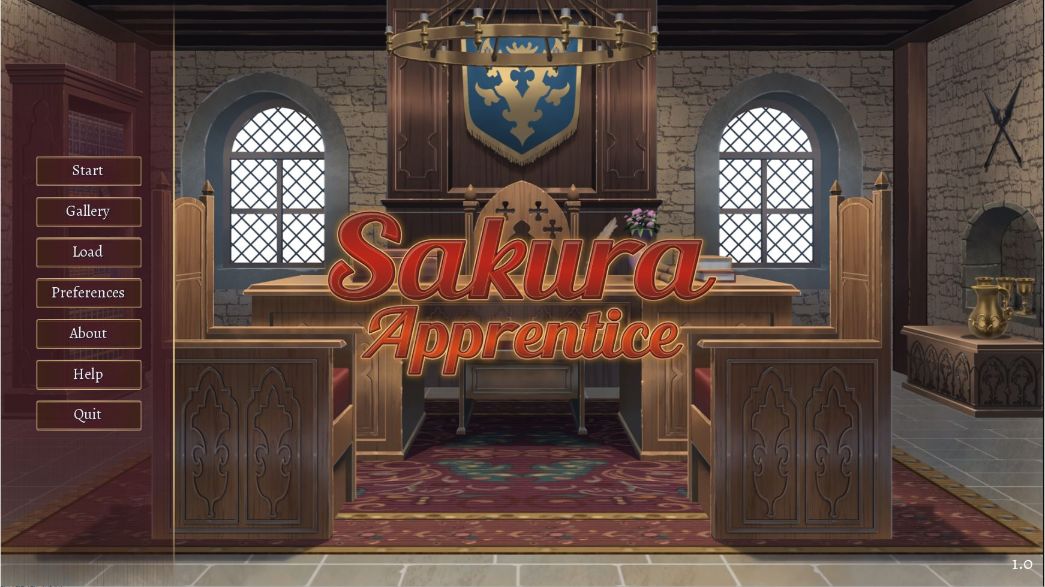 Sakura Apprentice is a fantasy story set in the land of Elodia. The protagonist, Riven, is training in the capital to be a knight, under the tutelage of the stern and serious Alma. While training, however, he happens to catch the eye of Elodia’s most famous knight – the undefeated, impossibly beautiful Freyja.

For reasons unknown to Riven, Freyja decides to take him on her apprentice. Riven has no idea what Freyja sees in him, but he couldn’t be happier about this opportunity. He relocates to Freyja’s home in the countryside without question, ready for Freyja’s one-on-one training sessions. Riven knows it won’t be easy, but he’s raring to get started. He’s sure, with Freyja’s help, he’ll be able to come a top class knight in no time!
Riven soon learns, however, that Freyja’s ‘training’ is unlike anything he’s ever seen before! Freyja wakes Riven up by sucking his cock, serves him breakfast while wearing nothing but an apron, and fucks him whenever she can!
Riven’s completely at a loss! His body is nearing its limits, and he’s afraid he’ll fall apart! How in the world will this ‘training’ help him be a pro knight – and what in the world will Alma say?!