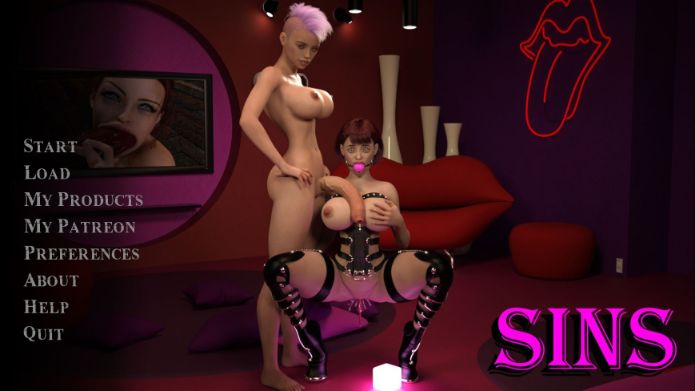 Everyone is different and special and the traits that make them different and special should be celebrated, at least that’s what they say as long as you not too different or are the right kind of special. The protagonist of this game is the daughter of a wicked and deviant man named Aleister Crowley. Ever since she was born her father looked at her as though she were a freak and made sure that she felt every bit of his disdain because the protagonist of this game is a futanari. Her father was both physically and verbally abusive to her as long as she could remember, however when she began to develop is when her father noticed that there were “redeeming” qualities to her and this is when the “other” type of abuse began. When she was sixteen years old however she ran away from home and left him and her mother behind. She didn’t make the best choices in life and it may sound cliche but she eventually found her way into stripping and doing adult films, however, she has some success and was able to make a life for herself in the city. Then she found her mother at her house in search of a place to stay. You see, her father had finally gotten what he deserved and was set to go to prison for crimes that were too numerous to list on this page. Her mother, however, was turned out into the street and was now forced to find her own way. Now it’s up to the player to decide if she is going to forgive her mother for not protecting her and sheltering her from her father’s abuse, or she can use this opportunity to get a little bit of revenge.​

1.02 Final
I changed Mom’s character model, which prompted the following change.
I re-rendered all of the images that she was a part of, which translates to two thirds of the game.
I added a character called Alex, she’ll come more into play later in the game.
I disabled the questlog for the time being, I’m still working threw bugs out of that. If you have any questions on how to progress the game drop a comment and I’ll get right back to you.
It doesn’t seem like much but I added around 100 new images to the game and I am in the process of building more scenes to render out later.

1.0
Note: There are some images that show the MC without a ballsack, These are old images that are only included as placeholders. Eventually all of them will be updated with the new character models. We’ve already re-rendered about 60% of the images in the game.
New Content:
Added a twin sister.
Added five or six scenes with the new sister.