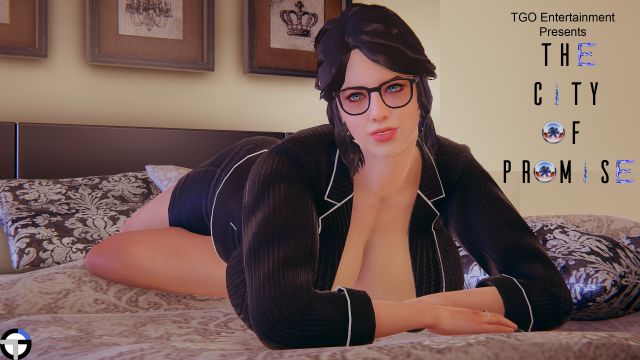 It’s the future. As the player you’ve lived a sheltered life between your home and school. You’ve just come of age and you’re about to enter a world surrounded by beautiful and sexy women. They’re ready a willing to train you in the sensual delights of their society. A society steeped in mystery, lust, desire, and love. The games will be released over six chapters, each one introducing two new sexy babes.​

Ch.1 Remake Bugfix
– Fixed missing images
– Fixed the tunnel so players can go back and view animations
– Removed some images from the bed scenes that don’t make sense with the story. These are the images where that the characters talk about sleeping with each other.

Chapter 2 Part 2
1. Added an optional Corruption Route. Again 100% optional. This route goes all the way through the end of Chapter 1 and is available for both characters.

2. Removed all minigames. Each interaction will no longer be called a minigame. They are now “hangouts”. For example, the landlady’s first hangout or the roommate’s third hangout.

3. Replaced the minigames with new story to flesh out the characters and their relationships.

4. The flip cards during the second set of hangouts are still there to give you a preview of the outfits in both routes. For example, you chose the love route with the landlady but want to see her corrupt route outfits. Go ahead and click on the cards. You get to see what they look like and you cannot lose!

5. Added an option for the MC to go into exile. I suggest you save first.

6. Added options to accept or reject apologies from the landlady, the roommate, or from both. If you reject one you will have one more chance to accept or permanently reject them. Rejecting both leads to automatic exile for the MC. I suggest you save first.

7. Added the option to forgive the landlady, the roommate, or both after the third hangout. Warning: If you don’t forgive them the MC sends them to the “friend zone” (hint- no more sex).

8. Added a tunnel icon to the screen where you pick between the neighbor or her tenant in Chapter 2. Using it is 100% optional. Clicking on it will take you back to the landlady’s kitchen. You’ll find both Chapter 1 characters in whatever state you left them. Need to continue hanging out with them? Go for it. Finished hanging out with them and you want to view their scenes? Go for it.

9. Locked out Chapter 2 when choosing between the neighbor or tenant. I’m still in the process of removing minigames and improving their stories.
10. Made changes to the volume controls during video playback. Please delete the old version of the game for the changes to work.
11. Added the option to change the roommate’s relationship to and what she calls the landlady.
12. Added over 750 images!
13. Added over 40 animated scenes!

NOTE: You’ll need to start fresh for all the changes in this version. I highly suggest you delete your old copy of the game.

This the city of promise chapter

Fixed the issue with sound during animated scenes. The audio can now be controlled with the “Movie Volume” bar in the Preferences menu.

Removed Good, Bad, and True endings. Players can choose one character over another without any penalty. However you will be unable to unlock scenes with bonus characters. That’s the “bonus” part.
Added:

One farewell scene for the landlady character

One farewell scene for the roommate character

The first minigame and accompanying scene for the neighbor character

The first minigame and accompanying scene for the tenant character

Over 100 new images each more sexy than the last.
One more note: your save games from chapter 1 should work for chapter 2. If you run into any issue let me know but you might need to start over. I apologize in advance if you do.

Chapter 1 Rewrite
-Toned-down the sleeping drugs.
-Increased the MC’s reaction to being drugged.
-The other characters are now appropriately apologetic for everything that happened.
-Landlady and Roommate have had their stories improved to help explain their actions.
-Introduced a new character. Who could she be? What are her motivations? Is she really there to help the MC find answers? Is she someone he’s met before?
-Introduced three MORE characters. I could be wrong but it definitely doesn’t seem like they’re here to help the MC.
-Added a hint for the correct outfit combinations in the Roommate’s second game.
-Added a warning about the sound during animated scenes. Still working on the programing to control it.

Chapter 1.01
– Fixed the progression bug at the end of the roommate’s story. (You’ll need to start a new game for fix to take effect.)
– Fixed visual bugs