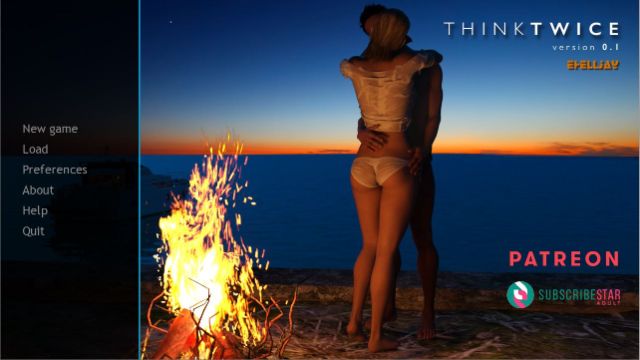 A not-so-nice London financier who wants his piece of the cake, a not-so-naive Danish Olympic medalist swimmer who gives back the blows she gets, and a not-so-honest young Cuban who doesn’t want to die as poor as he was born.
How will life make them meet, love, tear apart, betray and hate each other?
This is what this confusing visual novel full of twists and turns proposes to you to discover.

In the first episode, you will meet James, a hedge fund manager in the City of London. After 25 years in the business he decides to move to the Bahamas and set up his own offshore service company. His wife Claudia, enthusiastic, accompanies him and works with him. But after a few months, life is not more exciting for her in the islands, despite the sun and the sea. However, there is Andrew, James’ obligatory local partner, who is rather handsome and immediately interested in Claudia. At first, it’s nice, pleasant and entertaining. But will it stay that way or does James have something to worry about? It seems that he has to keep an eye on everything: his business and Claudia.

In the second episode, you will follow Eva, from Denmark, where she is born, to Nassau, via the University of Maryland in Baltimore.
She’s a damn good swimmer. So fast that she will win a gold medal at the Olympic Games. Her reputation will allow her to be welcomed in the Bahamas to open a training center with her coach, now her husband. However, little by little, things go wrong and she discovers that he is cheating on her with the swimmers he trains.
As she is not the kind of person to let herself be cheated, she reacts. But how?

Love in the Limelight [Complete]

Not a Typical Family v1.1