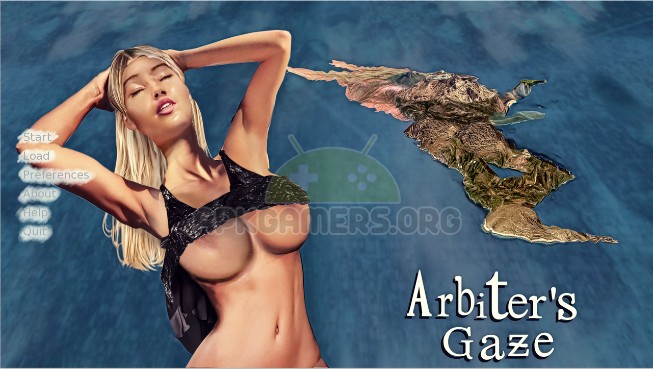 Arbiter’s Gaze is a game about a school teacher who accepts a job in a private island resort for the rich and famous… will she be able to resist the many temptations?​

v0.3.1
Not really an update. Asked for an option to keep Lindsay’s magic carpet untrimmed, and there you all go! One new illustration with Lindsay in the bathroom and now you can decide if her mount of Venus should be bald or not.
Use a savefile from before Lindsay enters her beach bungalow and then pick “Screw you, mister!” when prompted.

v0.5
In this episode, Lindsay does not go insane and orders a dragon to torch an entire city, so you’ve got that going for you. Which is nice.
Added music (Mainly stuff from the great Kevin MacLeod)

v0.6
The story continues with 0’6. Also, I’ve tried to catch as much bugs as possible, so now it should be a lot more playable… however, you should start a fresh game from scratch. Sorry about that. Enjoy

v0.7.2
Continuing the dream sequence in the labyrinth.

v0.7.3
Finally Lindsay gets out of the maze, even if she has to do some unsavory things with a mythical creature to make it. Two new animations.

v0.8
Finally! The full 0.8 version is done. That took forever and a half.
See Developer Notes.
Up to day 4. Code functioning properly at last. New avatars for Lindsay’s dialog boxes. Including an Android version. Occasional writing tweaks here and there, and solved some typos.
This is the version that was meant to be, enjoy. More to come next week.

Moving to The Wrong Neighborhood v0.8