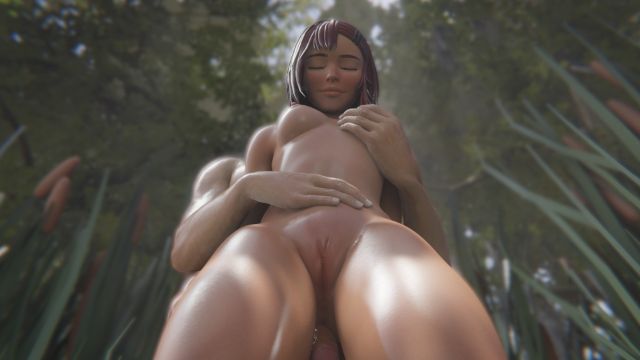 Mist APK Android Port – You want nothing more than to relax at your late grandfather’s old mountain hut, when you are suddenly surrounded
by a thick unnatural fog. To make it worse, dangerous monsters lurk in the woods and make survival difficult.
But there is a glimmer of hope. A girl that was able to flee and now lives with you.
You forge a pact to help her out in return for special “favors”.
And that is only the beginning.
Your goal: Survive, find out what happened and most importantly, build your own post-apocalyptic harem.​

3. There is now new dialogue for repeatable scenes.

1. Some adjustements to the early game. Nothing big. A few small dialogue changes, a very slight balancing adjustement.

3. I made a new screen when you close the game.

1. I fixed a bunch of spelling errors that were pointed out to me.

2. I included a “forcequit” buttont o the pc screen in the tunnels in case something breaks and people need to get out of there. I hope it helps, I’m not sure.

v0.10
New Content:
1. The story continues to the final fight against the Director.
2. 2 new scenes of which one is stupidly big and features 19 different animations. An amount that I’d normally spread across 4-5 different scenes.
3. A new area to explore leading up to the fight.
4. New sounds and new music.
5. A bunch of new animations.
Content changes:
1. A change to the talking system and the fireplace events that corretly greyes out events you’ve already seen.
2. A new tutorial for the fishing minigame that triggers when you pick up the fishing rod for the first time.
3. Slight adjustments to the difficulty of the second large fight for the cabin.
Fixes:
1. Bugfixes. The usual small stuff that arrives while developing.
2. Grammar and spelling fixes that were pointed out to me.

Content changes:
1. Small adjustements to the early game, putting some of Robins earlier struggles before the rework back into the game.
2. Added a function to look at a map while exploring the tunnels.

Fixes:
1. Bugfixes. The usual small stuff that arrives while developing.
2. Grammar and spelling fixes that were pointed out to me.

Notes:
This update mainly features new content and moves the story along, aswell as introducing new scenes for the girls. There are some bigger things happening in this update, I hope you enjoy it!

Content changes
1. I made a few small tweeks to the fishing minigame, making it a bit easier to catch the big fish.
2. And another set of small tweeks to make one of the bigger fights slightly easier.

Fixes
1. I fixed a bunch of typos you reported on Discord and F95.
2. I also got rid of a few smaller bugs here and there that I can’t really remember.
3. I also implemented a fix to a potential softlock that could occur earlier on in the game with one of Robins scenes if you used a very old save. It is still heavily recommended to not use saves that are too old, but this might still help with it, I can’t say for sure.

Notes
*There are two android versions this time.

It’s recommended to make a backup of your saves before installing the new version.

1. Backup your old saves. They should be located in /android/data/mist.game/saves
2. Delete the old version of the game.
3. Then download and install the new one.
4. Return the saves you backed up into the savefile direction mentioned above.

v0.8.1
Update 0.8.1 is done and finally brings you a continuation to the story.
New Content:
1. The story continues from where it left off in 0.8. There are about 40-60 minutes of new playtime.
2. There is a new area to explore.
3.And you get to watch 4 new scenes. One for every girl.
4. New options when talking to the girls.
5. And a completely new environment awaits you after the events of 0.8
Content changes:
1. The gallery screen now shows a tip on how to get a scene when you hover over it in it’s locked state.
2. Improvements to the android version of the game. This is also the first time that someone actually made the android port for Me. Estrada777 did the port and it looks a lot better than what I previously made. On topf of that the version is a whole lot smaller. Downloading it should be easy this time around.
Fixes:
1. I fixed a bunch of typos that people reported to me.
2. I changed the way food is consumed at the beginning of a new day. You shouldn’t notice much, but basically the game sometimes took food from you even when it wasn’t enough to feed everyone. Now it shouldn’t do that anymore.
3. I also fixed a bug that made it possible to basically multiply your EXP at a certain point.
4. I also fixed the issue of being able to revisit the rescue scene of noreia and basically repeat that over and over.

The game has been updated, please update and unlock the gallery quickly, thank you